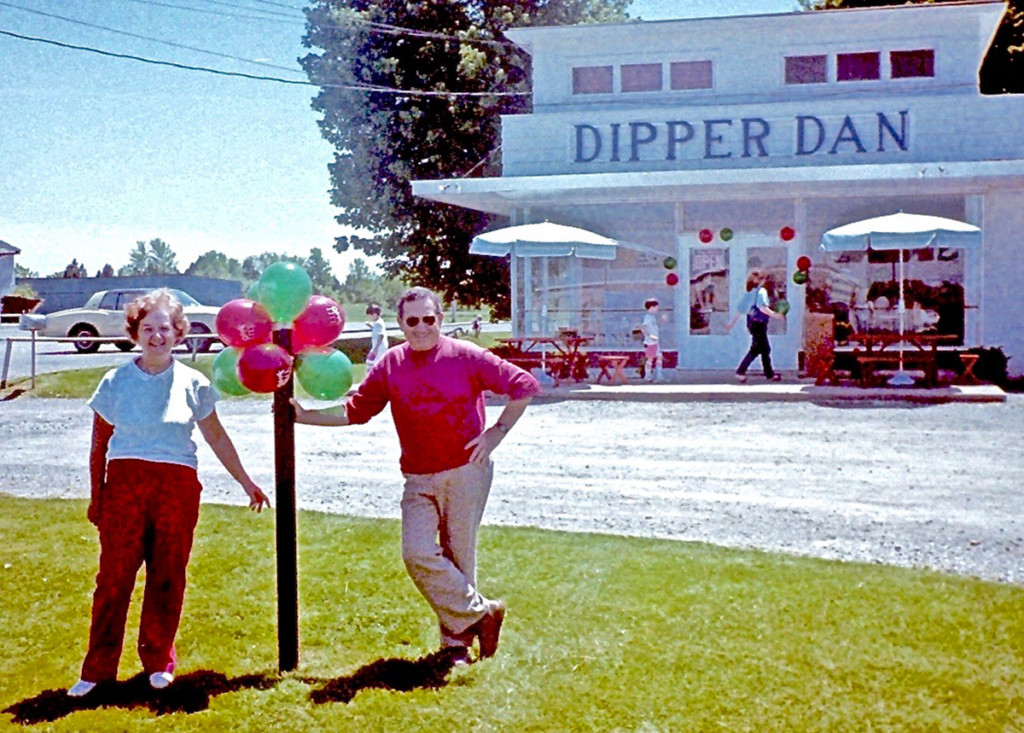 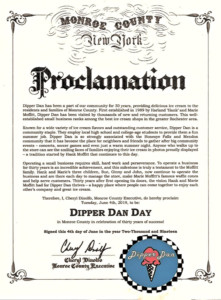 Thirty years ago, the Be-Mar Roller Skating firm of Hank and Marie Moffitt, sought to bridge their seasons – from the closing of schools in June until the opening of same in September – with a summer business. In 1989, they gave birth to Dipper Dan in Mel Moore’s former TV repair shop, and, for every warm season since, have scooped out countless dollops of ice cream and good cheer.

Back in June, Monroe County Executive, Cheryl Dinolfo, proclaimed June 4th as “Dipper Dan Day.” Modest as they may be, the Moffitt family (who’ve carried Marie close to their hearts in memory since her passing in 2015), didn’t gush about their honor, but carried forth, doing what they do best.

In case you’ve been a slacker all summer, be sure to stop by to wish the Dipper gang a hearty congratulations – especially Hank (HFHS Class of 1940) – who’s been decorating this town for nearly a century.