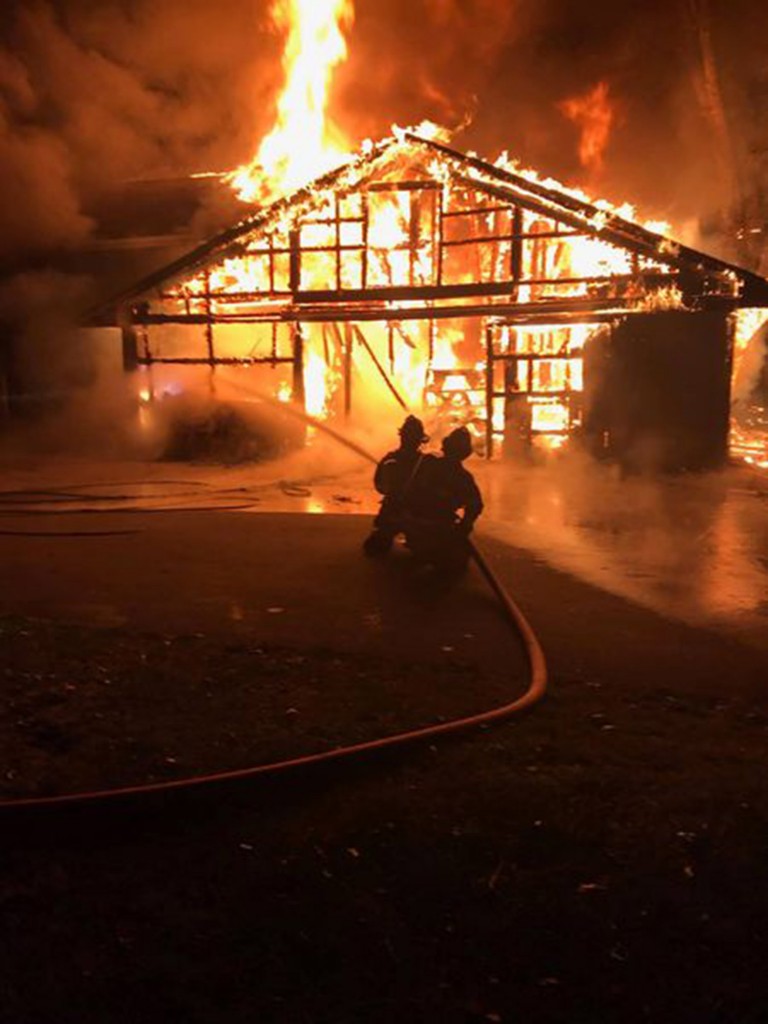 At approximately 9:45 p.m. on Thursday, October 15, several area fire crews responded to the report of a barn fire at 1720 West Bloomfield Road in Mendon. Mendon Fire Department’s 365 and 3617 and Honeoye Falls Fire Department’s 562 and 560 (an aerial truck) were first on the scene and reported a working barn fire. Additional help was called for from the Ionia, Pittsford, Rush, East Bloomfield and West Bloomfield Fire Departments. Firefighters were faced with heavy fire and, due to the fact that there are no hydrants and water lines in the area, a water supply with a tanker relay was set up. The Tanker Task Force 1 consisted of tanker trucks from Ionia, Rush, East Bloomfield and West Bloomfield. A second Tanker Task Force was called in with units responding from East Avon, Scottsville and Mumford Fire Departments. Numerous area companies responded with manpower and apparatus. The fire was brought under control after several hours and no one was injured. The barn was a total loss as the roof collapsed. An excavator from the Town of Mendon was brought in to knock what remained of the barn down so firefighters could put out hot spots. An investigation is underway as to what caused the fire. Photo by Davin Eshelman