Masons and local businesses step up to support FISH

Home Masons and local businesses step up to support FISH 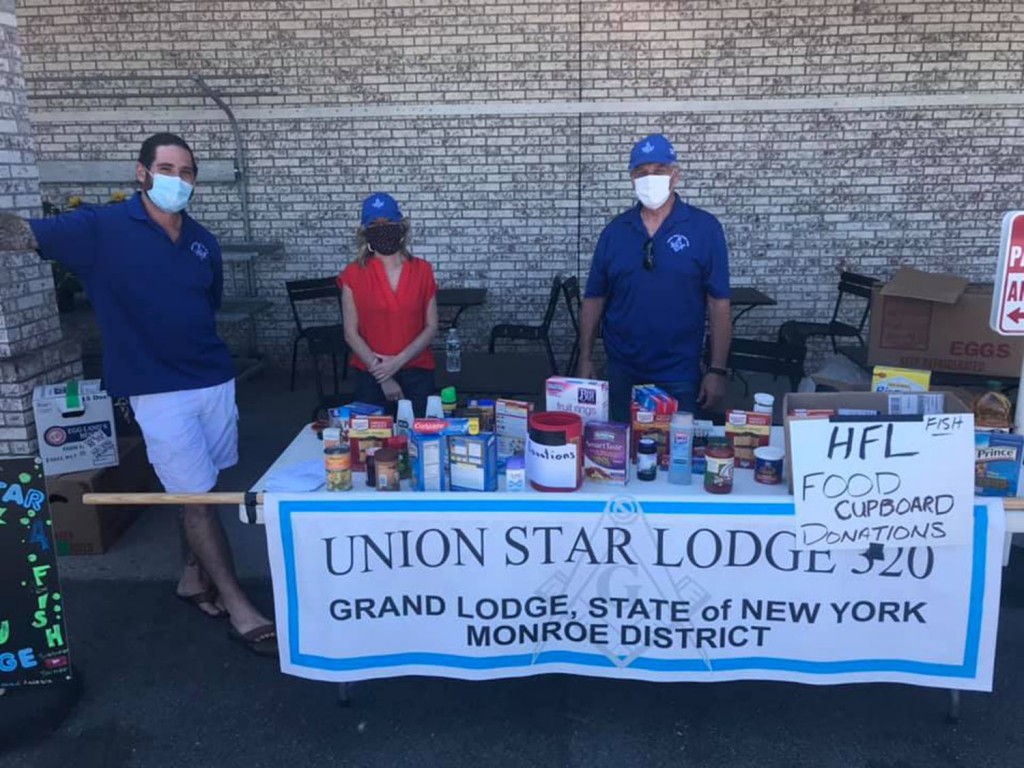 Although the COVID-19 pandemic has presented numerous challenges, the Honeoye Falls-Lima-Mendon community has been able to surmount them by coming together.

Over three weekends in June, Union Star Lodge members had a table outside of the Honeoye Falls Market Place. They collected over $887 in cash and checks and roughly $800 in food donations over those three weekends.

“Members of the community very graciously came together to help out the local Masonic Lodge, Union Star #320, in conjunction with the Honeoye Falls Market Place,” Lodge officials said. “Beginning with an initial donation of $1,000 from the Lodge itself, they collectively managed to raise over $2,700 in cash and food donations. We would like to thank everyone involved in such a selfless and kind-hearted act during this unprecedented pandemic. It’s times like these that the unity within community is allowed to shine.”

“Our mission at State Farm is to be here to help,” Raines said. “Many low-income people are suffering, especially during the current COVID crisis. My partners and I are making the fight against hunger a top priority.”

While HFMP has had numerous other groups collect donations as part of its ongoing effort to support the community such as the local American Legion Post collecting donations of food around the time of the Super Bowl and the Honeoye Falls Grass Roots group that sprang up because of COVID, HFMP owner Deric West said that it was ironic how the Masons and HFMP partnered for this drive.

“I was on the very first Union Star Lounge show Saluting the HF-L Class of 2020, talking about how our high school employees were critical helping us serve our community,” West stated. “The show was hosted by Union Star Lodge No. 320, and in the course of our discussion, we ended up chatting about the Masons wanting to do this food collection effort for FISH. They ended up calling me the next week and we immediately set it up.”

Doing this kind of collection during COVID, however, presented its own set of obstacles but nothing that couldn’t be overcome.

“The challenge of doing this kind of work during the pandemic is maintaining social distancing,” West said. “All the groups have been excellent at doing this, whether it’s the American Legion selling poppies during Memorial Day or the Masons collecting for FISH. They’ve been wearing masks, keeping six feet apart, setting up outside and being very aware of safety. “

FISH is very grateful for all the support, according to the press release from State Farm.

“We would like to thank the entire community for their support of the food closet during the pandemic and throughout the past 40 years,” said FISH representative Sharon Barnes. “The support we received has kept the food closet running and well-stocked.”

In the press release from State Farm, Village of Honeoye Falls Mayor Rick Milne lauded the partnership between local businesses and local organizations that in turn helps residents in the community.

“Our local organizations and businesses band together to support those in need,” Milne said. “Whether it be a pandemic or simply people in need, we come together to help one another.”