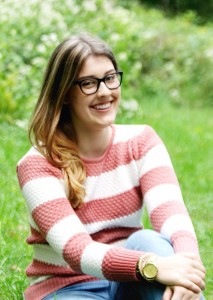 Amanda Redman (left) and Patty Tomanovich (right) are the valedictorian and salutatorian of the Class of 2018 at Lima Christian School. Photos from LCS 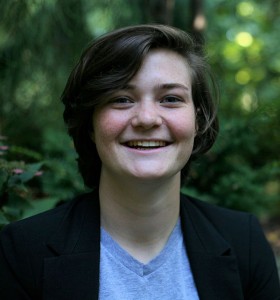 Both the valedictorian and the salutatorian at Lima Christian School are plotting career paths in a science field, but Amanda Redman and Patty Tomanovich are attending different colleges to achieve their goals.

Amanda Redman is the valedictorian of the Class of 2018 at LCS with a 96.6 average. The daughter of Tracy and Bill Redman of Henrietta, Redman will attend Houghton College to study biology. She also looked at Monroe Community College and Roberts Wesleyan College.

“Houghton was my top choice,” Redman said. “I want to major in biology and minor in psychology and then go to graduate school for a degree in genetic counseling.”

Redman has already prepared herself for such a challenging field by taking rigorous academic courses, including Advanced Placement English Literature and Composition, AP Biology and AP U.S.

A member of National Honor Society for two years, Redman also played soccer her sophomore and junior years. The 17-year-old was in the school’s Mentors for Minis program for three years, helping a younger student at the school. She was a member of the Drama Club for four years, playing the role of Susan in the club’s production of The Lion, The Witch and The Wardrobe this year. She was on the Yearbook Committee for two years.

Outside of school, Redman sang in the Eastman Youth Chamber Singers for two years. She has also been a Girl Scout for nine years, starting with the Brownies, and is a member of Girl Scout Troop 60683. She is also a certified lifeguard.

Redman has earned a Silver Award in Girl Scouting and is working on her Gold Award. She received an American Chemical Society Achievement Award in Chemistry, a scholarship for Academic Excellence from New York State Education and a Faculty Award for the Valedictorian. She has also been accepted into the Houghton College London Honors program, meaning she will be heading to London, England in the second semester of her freshman year to spend the semester abroad.

Redman has thoroughly enjoyed her time at Lima Christian School.

“I love LCS so much, particularly the teachers,” Redman said. “They are so invested in each student, helping each one understand concepts. LCS is such a friendly place; all the students were so inviting when I came here. My experience here has meant so much to me.”

Patty Tomanovich is the salutatorian of the Class of 2018 at Lima Christian with a 96.5 academic average. The daughter of Tess and Steve Tomanovich of Rush, Tomanovich will attend Rochester Institute of Technology to study biomedical engineering. The 18-year-old also checked out Geneseo State, University of Rochester, Cornell University and Rensselaer Polytechnic Institute before choosing RIT.

“After college, I would like to work on making artificial organs and other medical technology,” Tomanovich said. “My father is an engineer and I became interested in biomedical engineering because I have friends with special medical needs and prosthetics.”

Tomanovich has already prepared herself for college by taking challenging courses such as AP English Literature and Composition and AP U.S. History and five courses through Genesee Community College: PreCalculus, Calculus 1, Calculus 2, Statistics and English 101.

Active in school, Tomanovich was a member of National Honor Society, Drama Club, Ski Club, Chess Club, Mentors for Minis and Chorus. She also played trombone in the school band.
Tomanovich was involved in the community as well. She worked at the Quackenbush Daylily Farm in Caledonia, played softball with the Fellowship of Christian Athletes and took a boxing class for one year. She also volunteered with the Red Cross during blood drives and did other service projects with classmates.

Tomanovich received an English Department Award and a scholarship through RIT.

Tomanovich is glad she went to Lima Christian School.

“I have enjoyed my classmates and teachers at Lima Christian,” Tomanovich said. “I made friends with students older than I was and younger students and they have helped shape my character. Lima Christian is a community of people who really care and that is a foundation I will carry with me the rest of my life.”