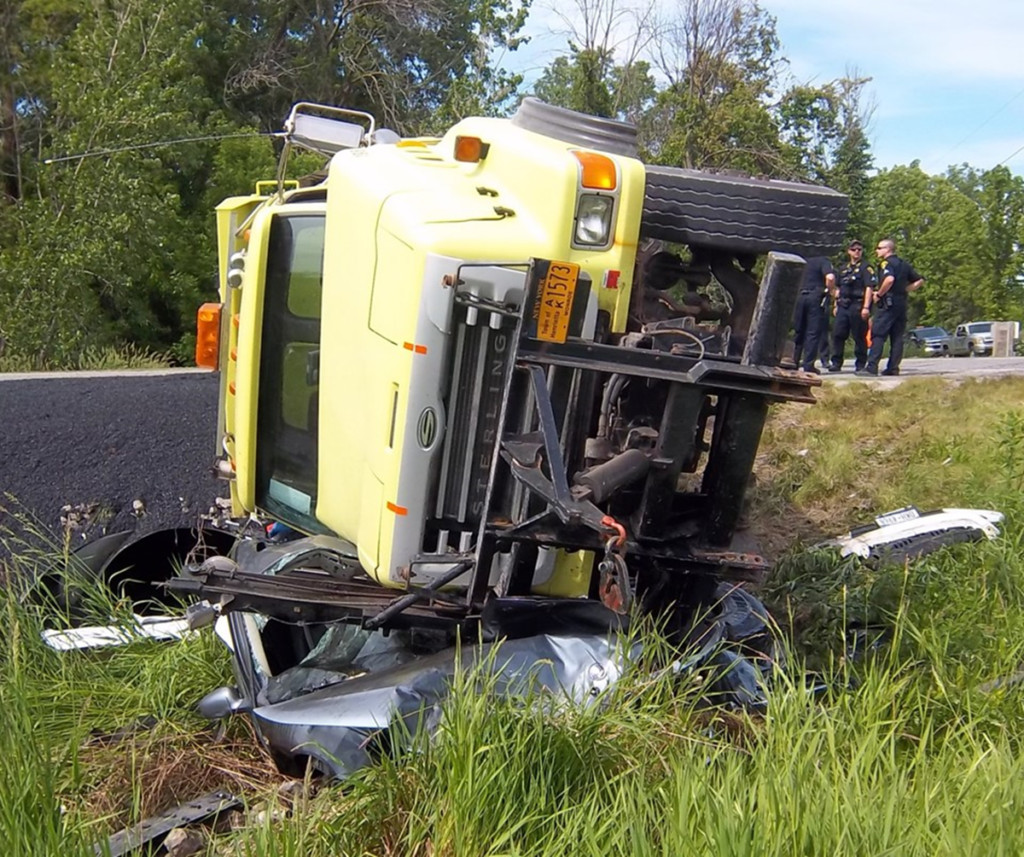 On Wednesday June 12th around 3 p.m. crews from Rush Fire and CHS assisted by Honeoye Falls Fire and Ambulance responded to Works Road and Honeoye Falls Number 6 Road for a motor vehicle accident. Upon arrival, Rush firefighters found an overturned dump truck on top of a passenger vehicle with another heavily damaged car off the roadway. After further investigation, it was determined by Rush Fire that the occupants of both the dump truck and passenger car underneath had been able to self-extricate. The driver of the third vehicle involved was still trapped. Firefighters from Rush and Honeoye Falls quickly extricated the driver and transferred them all to CHS Ambulance for treatment and transport to Strong Memorial. In total 4 people were treated and transported from the scene. A DEC response was requested for the contents of the dump truck that had spilled into a small stream. The Monroe County Sheriff’s office remained on scene to investigate the accident. Submitted photo