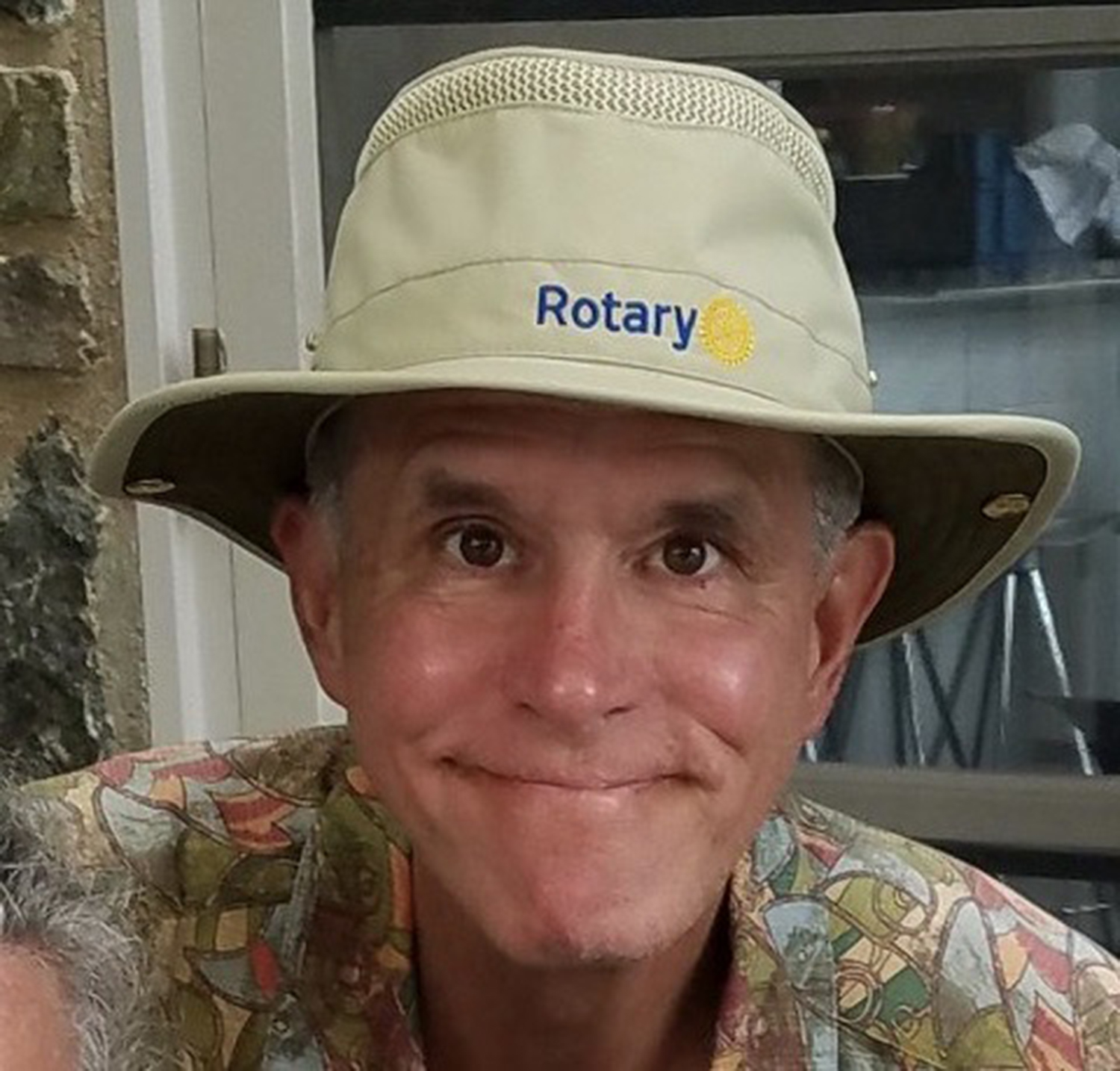 Steve Melcher, a member of the Honeoye Falls Mendon Rotary, and his family live at Odonata Sanctuary. The nature preserve and sanctuary, located in the town of Mendon, is where farm animals find a home to spend the rest of their days in a compassionate caring environment. Odonata Sanctuary is a 100 acre active farm, animal sanctuary, and education center in the Finger Lakes Region of Upstate New York and home to the Center for Sustainable Living and the Monarch Butterfly Way Station: Mariposa de Mendon. Melcher, a Harvard trained entomologist, is the author and coauthor of several books and articles concerning the environment, especially wetland ecology. In addition to his birding and bug skills he is an accomplished musician and juggler and has performed for both current presidential candidates in the past!

The residence at the Center includes what once was the largest solar installation of its kind in New York State. The barn, where several rescued animals reside, incorporates solar panels as well as a wind turbine and is completely off the grid. The Center for Sustainable Living provides a space for researchers to develop working models of energy creating and storage systems. The farm’s diesel equipment has been fueled by biodiesel and recycled vegetable oil. The gas engine for the irrigation system has been fueled by ethanol from sugar beet fermentation. Manure from the rescued animals not only provides a source of organic matter for the farm but has been used to create methane gas on a small scale to operate a high tunnel weed burner. Water has been pumped for irrigation using student built hydraulic ram pumps and electricity has been created using a water powered cross flow turbine generator.

The Sanctuary participates in several programs and was most recently certified as a Regenerative Agriculture Farm. The sanctuary provides nesting acreage for grassland nesting birds such as Meadowlarks (Sturnella magna), Bobolinks (Dolichonyx oryzivorus) and Dickcissels (Spiza americana). The Wetland Reserve Program (WRP) protects, restores and creates wetland habitat. The United Plant Savers has space at the sanctuary where rare and endangered medicinal herbs are cultivated. Odonata Sanctuary (the scientific name for dragonflys and damselflys is Odonata) is part of the Wildlife Sanctuary Certification Program and participated in the New York Dragonfly and Damselfly Survey from 2005-2009. The Sanctuary is an access point for the observation of migrating birds and Monarch Butterflies (Danaus plexippus) and is also home to one of the largest Eastern Bluebird ( Sialia sialis) nest box trails in the USA.

All the residents, including the humans, have taken steps to reduce their carbon footprint by adopting a Whole Foods Plant Based diet. The chickens, peacocks, and geese….do catch the occasional grasshopper!

The sanctuary is regularly visited by students from local colleges to observe and perform field experiments involving the alternative energy and building practices as well as the domestic and wild critters.