Sports and More with Jack Leckie 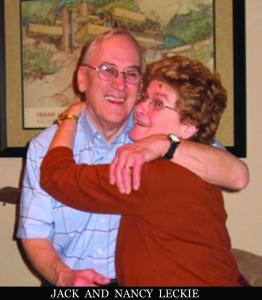 BY DEB AND TIM SMITH
Our friend Jack Leckie is a man whose contributions to this community span time with both breadth and depth. He was a local sports star who excelled in both basketball and baseball. He served on both the Mendon Town Board and as Town Supervisor. And if all that wasn’t enough, he also saved the local newspaper. Twice. Ironically, were it not for Jack Leckie, the newspaper that you are reading right now may not have even been published. Nice work, Jack!

In April of 2017 we went to the Villager to pay a visit to Jack and his wife Nancy. Our intended topic of conversation was a single basketball game in which Jack had played in 1954, but things managed to branch out considerably from there. In the fall of 2016 we had written a 7-week series on Rochester’s NBA basketball team, the Royals.

Later we came across a nugget of information revealing the fact that the Honeoye Falls town team had actually played the Royals in an exhibition game in 1954. That led us to seek the wisdom of our guru and fellow Sentinel writer Paul Worboys who immediately revealed, “You should talk to Jack Leckie, he played in that game.” That was an “Oh my God” moment!

INTERVIEW ON ~ So we went in to see Jack and he remembered the game like it was yesterday. He also had a scrapbook with pictures and newspaper articles, some of which were actually from that game in 1954. We’ll share some of those highlights with you in this article, but we also want to include some of the emails that were exchanged during our process of developing this piece.
After our first interview session we had some questions after typing up our notes and sent the following message to Jack:

We had so much fun visiting with you today. It’s nice to be able to reflect back upon things with people who you have a shared history. With memory being such a fleeting thing, it was nice to see that yours is equal to, or greater than, ours.

Last night we started working on our article about your experiences and it may lead in a couple of different directions. We have a few questions to bounce back at you, along with the first draft of our introduction. It’s only going to get better from here but we hope you like the intro.

JACK’S BIO ~ Here’s the Jack Leckie backstory. He was born in Rochester in 1930 and his family moved to the hamlet of Mendon when he was nine. His family lived on Mendon Ionia Road next door to St. Catherine’s Catholic Church. Jack graduated from Honeoye Falls High School in 1948 where, as we stated in our opening paragraph, he was a standout athlete in both basketball and baseball.

COLLEGE ~ That athletic career continued when Jack went to Genesee Junior College, an institution which is a local history story in and of itself. Note, this is not the Genesee Community College which you know of today. That institution is based in Batavia and has a branch location in Lima.

Genesee Junior College, ironically enough, was also in Lima and located in the complex that is now Elim Bible Institute and College. Right now we are going to go sideways on this just long enough to connect the Elim piece to the Jack Leckie story. As we personally connect the dots on our friend’s saga, it’s strange to hear the notion that Jack Leckie went to college at Elim and have that be true, but only in a way that warrants an asterisk.

JUNIOR COLLEGE SIDE STORY ~ The current Elim complex began as Genesee Wesleyan Seminary in 1830 and operated as such until 1940. After being used by the government during the early years of WWII, it reopened as Genesee Junior College in 1947. According to Jack there was a very logical reason for this dormant facility to reopen as a junior college. Jack shared with us the following.

I went to Genesee Jr. College in Lima. After WW2, many Jr. Colleges sprung up due to the GIs coming back from the war, plus using the G.I. Bill for veterans. These eventually became known as Community Colleges.

Piggybacking upon what Jack said, the post-war years saw a proliferation of junior colleges because there was an influx of returning G.I.’s who had the ability to expend government funds to further their education. This proliferation effect logically worked backwards when the size of the military decreased after the war and there were fewer men able to use the G.I. Bill to pay for college. Subsequently the success of junior colleges subsided and the run of Genesee Junior College in Lima lasted a scant four years, from 1947–1951.

BACK TO JACK ~ Returning to the Jack Leckie story, those four years happened to encompass what would turn out to be Jack’s entire college experience. It was a college experience that would not prove uneventful. As we mentioned before, Jack was a stellar athlete who excelled at basketball and baseball. He told us the following about his college basketball career.

“Especially in my first year at Genesee Junior College, we had an incredible basketball team. We played in the National Junior College basketball tournament, which had its semifinals at Edgerton Park in 1949. We lost to a team from Maine whose name I don’t remember.”

The fact that Jack remembers playing this game takes on a double significance because the Edgerton Park Sports Arena was the home court venue of the NBA’s Rochester Royals. That’s the team who the Honeoye Falls locals played against in the 1954 exhibition game which initiated this whole storyline.

With Jack’s basketball talent clearly evident, we asked him why he didn’t move on to play for a four-year college. At this point the perplexing paradox of love kicks in. Here is Jack’s take on the next part of his life.

“I graduated from Genesee Junior College in 1950 looking forward to a four-year college career. I had visions of attending Cortland State and was accepted, but before I left I met my wife-to-be Nancy Dunn. Cortland never happened.”

LOCAL BASEBALL CAREER ~ With his college days over, Jack’s sports career was destined to continue on the Honeoye Falls town teams of the era and in this regard HF was well-represented on both the baseball diamond and the basketball court. We’ll start with baseball.

The beginning of Jack’s town baseball team career happened to just overlap with the ending of a long running Honeoye Falls baseball tradition, namely the Husky Farmers. That team competed from the 1870’s to 1951.

Our friend Paul Worboys does a wonderful job of documenting the history of that team in his 1979 book Take ‘Em Into Camp! The History of the Husky Farmers and Baseball in Honeoye Falls, NY. An interesting caveat to that aspect of Jack’s baseball career is that he got to play with Lima’s former major leaguer Ken O’Dea.

O’Dea had cut his teeth playing for Genesee Wesleyan Seminary and the Lima Browns against the HF Husky Farmers in the late 1920s and early 30s. He then went on to a major league career which included five World Series while playing with the Chicago Cubs, New York Giants and St. Louis Cardinals. By the time O’Dea retired from the majors in 1946 and returned home, Lima’s town baseball team had folded, so his last two seasons of organized ball were spent with the Honeoye Falls Husky Farmers in 1947 and ’48.

Jack Leckie and Ken O’Dea were teammates on the 1948 team and as fate would have it, they actually played the same position, namely catcher. So in Jack’s first year with the Husky Farmers he was the backup for O’Dea. After O’Dea retired in 1948 Jack went on to become the Farmers’ starting catcher in 1949. Jack finished his organized baseball career playing for the premier semi-pro team in the area the Rochester Stars during the 1950 and ‘51 seasons.

We’ll be back next week with a look at Jack’s basketball career. 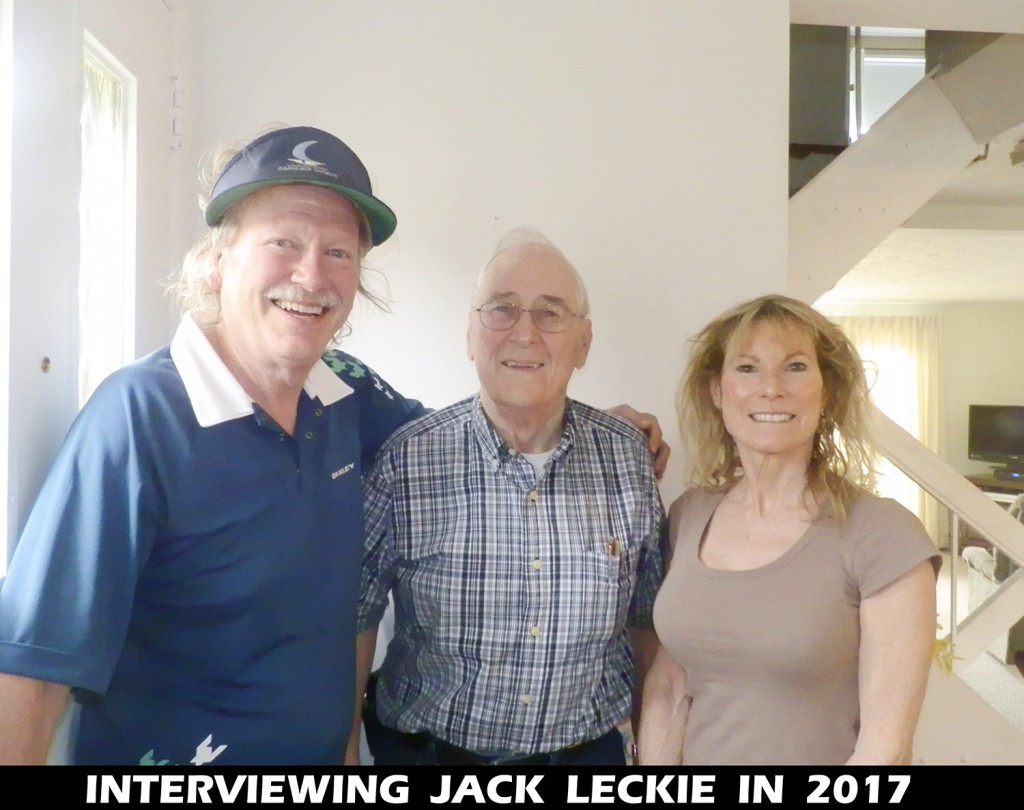