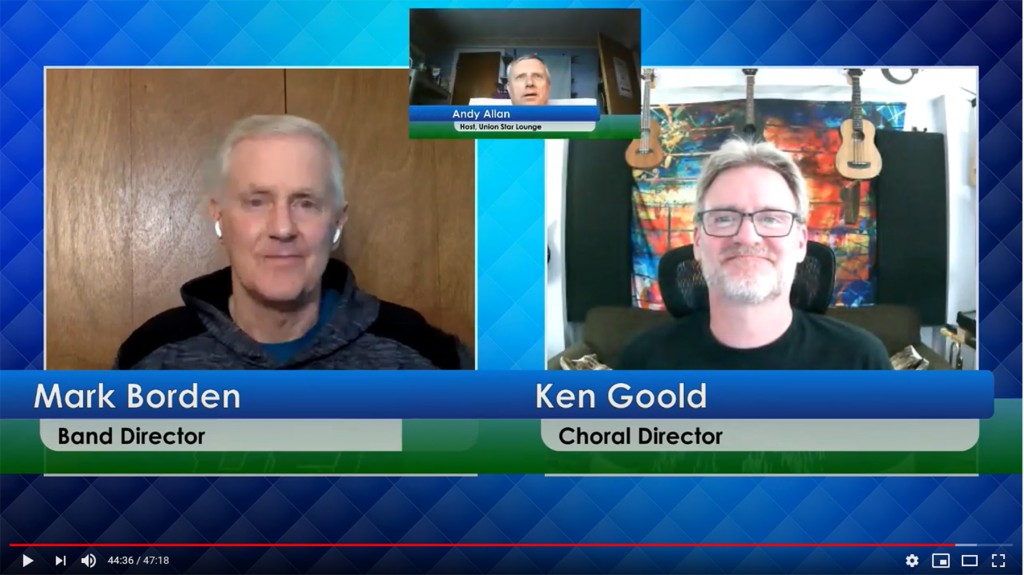 The broadcast of Union Star Lounge last Saturday night at 7:30 pm sported a record number of viewers. Hosted by Honeoye Falls’ Union Star Lodge #320 of Free and Accepted Masons, the 30-minute show is “A Salute to the HF-L Class of 2020” and runs through June 27th, when it ends with an hour long “Graduation Party.” The show is broadcast live on the Sentinel’s Facebook page and YouTube Channel. Subscribe now (for free) to those channels and you’ll also be able to watch the Weekly Mayors and Supervisors Update, which airs Sundays at 1:00 pm and is hosted by Sentinel Publisher Chris Carosa.

Show host Andy Allan, who also serves as Master of Union Star Lodge #320, first spoke with Jeff Taccetta, Co-Advisor of the HF-L Class of 2020. He announced a private “stage walk” diploma presentation will be held all day Thursday and Friday (June 18 and 19), with an outdoor ceremony scheduled to take place at James Dollard Athletic Field on July 9th (rain date July 10th).

Next, the host handed the reins of the show over to HF-L Band Director Mark Borden and HF-L Choir Director Ken Goold. The two musically minded teachers proceeded to present an extended show with plenty of actual student performances both in audio and video form. They even provided a sneak peak to Bye Bye Birdie, which will be presented as next year’s musical production (after being canceled this year because of COVID-19). Go to the Sentinel FaceBook Page or YouTube Channel to catch a repeat of this show!