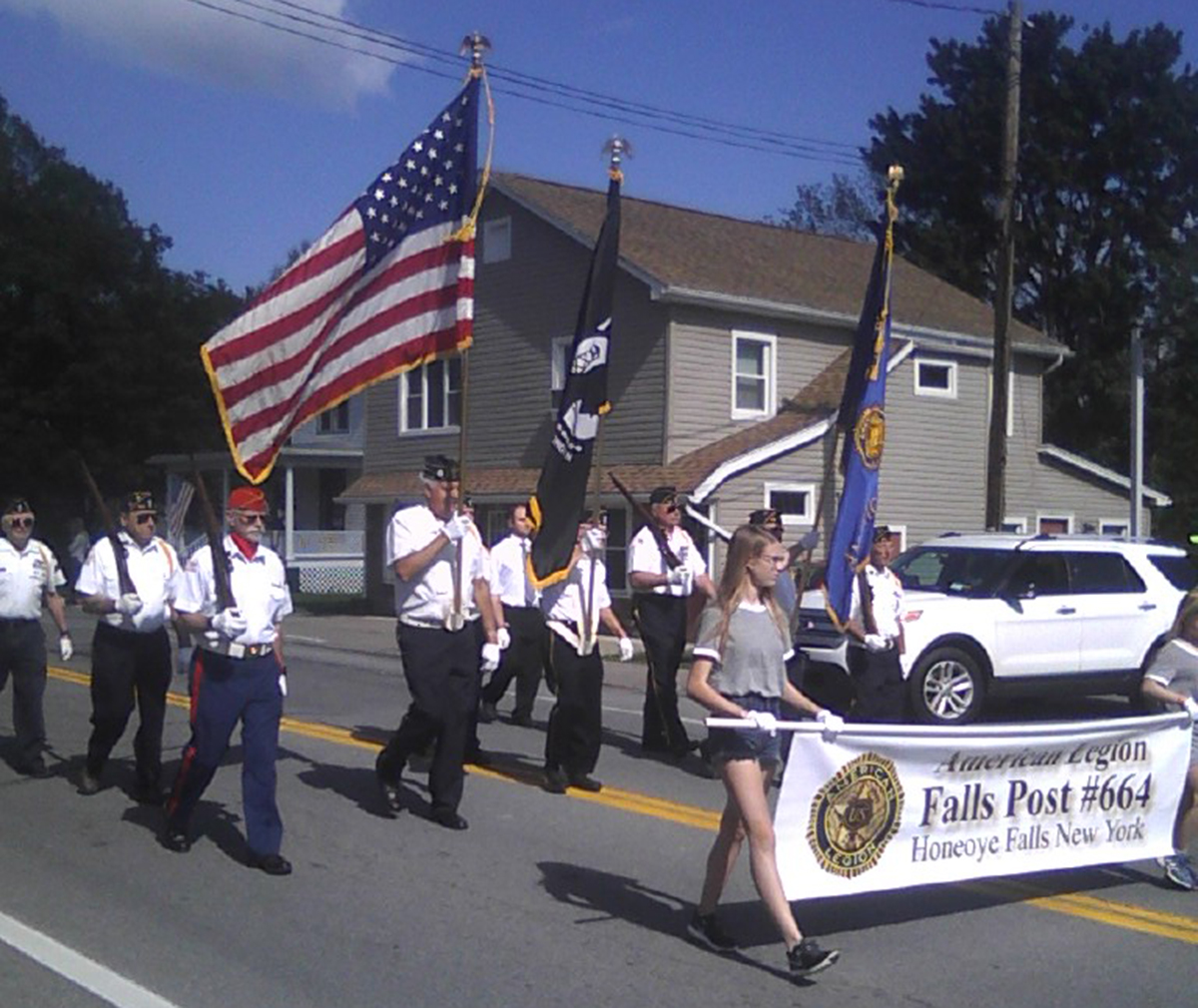 Members of Falls Post #664 march down Route 251 in Mendon during the Memorial Day parade on May 27, 2019. Submitted photo

In response to the immediate outpouring of community support and compassion, a Citizen’s Advisory Committee was formed to explore options for an appropriate, respectful and meaningful Military Memorial that portrays the selfless commitment these men pledged in service to our country.

The Committee’s recommendation for placing the Military Memorial within the footprint of the Town’s Semmel Road Park was accepted by the Town Board.

American Legion Falls Post 664 is launching a fund raising campaign that will extend until April 15, 2022. We hope you will consider a donation and join others who are contributing to memorialize these Guardsmen who made the ultimate sacrifice for our country. Money raised by our campaign will only be used to build this Memorial. The American Legion is a 501c organization and your donations re fully tax deductible.