Black Diamond Express Half Marathon and 5K a success

Home Black Diamond Express Half Marathon and 5K a success 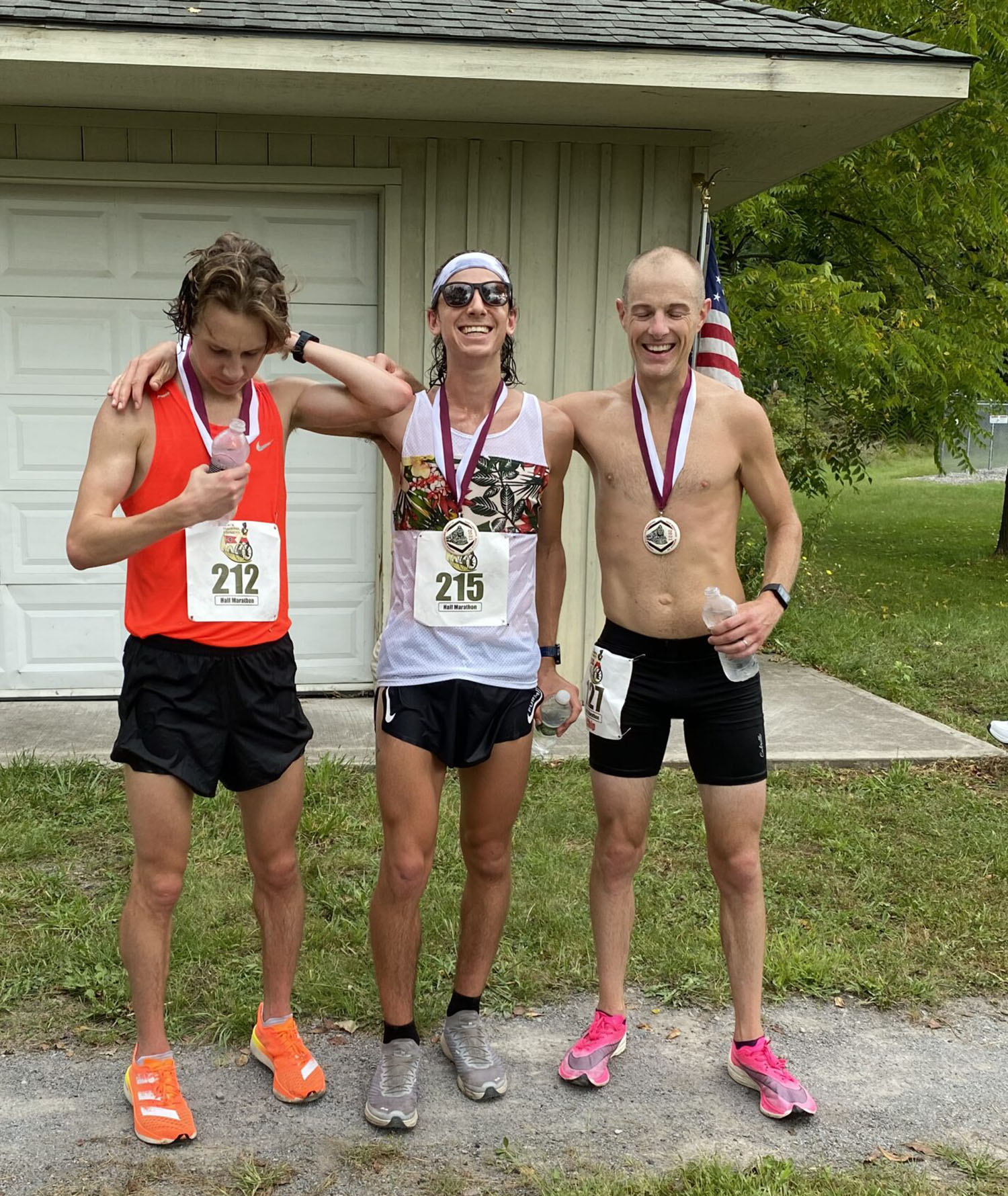 The 10th Annual Black Diamond Express Races, a Half Marathon and a 5K, were held on Sunday, August 28, despite the heat, humidity and rain. The races were held on the Lehigh Valley Trail in Mendon and featured over 200 in-person runners. There was also a Virtual Event that people could participate in. The races brought in over $15,000 for the Mendon Foundation. In the photo above are Half Marathon competitors Henry Williams, Mason Coppi, and Chip Ohara, who finished third, first, and second respectively in the men’s race. Photo by Drew Saur.

The photo above is Jennie Hansen, the female Half Marathon winner. Turn to page 5 of this week’s edition for Saur’s Mendon Foundation Column which has more information on the event.
Photo by Drew Saur.