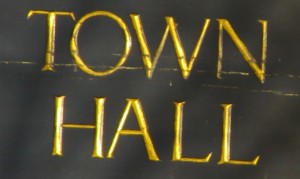 John Moffitt, Supervisor, Town of Mendon: “We had a Planning Board meeting on Zoom and it went off well. We had public comment on the former Markus Park, which was the only item on the agenda. We had several people comment by email as well, and those will be entered into the record. The Planning Board might need one more meeting before they are able to proceed to a public hearing.”

“We have a Town Board meeting on Monday, also on Zoom. One of the things we will take up on Monday is our budget. I’ve been identifying sources of revenue that we can probably expect not to fulfill in the 2020 budget and, of course, identifying corresponding expenditures we’ll need to consider cutting. Quite frankly, if we don’t get the revenues, we can’t spend the money.”

“We’re going to start brush pick-up on the 27th like we’ve been advertising all along. It may not be a full highway staff by then, but it will be close to being full. We’re going to start getting cranked up over the next couple of weeks thinking that there may be some change in ‘the set of rules’ (for lack of a better term) from the State.”

“The Youth Baseball has been postponed. They don’t have a start date at this point. They’re hoping to have a house league in 2020. The financial piece of running an organization like that is getting tougher because most of the equipment was ordered before all this hit. They expended quite a bit of funding they received from registration, so now if they have to refund part of those registration fees that could be an issue.”

Mike Falk, Supervisor, Town of Lima: “With all of the things going on, we’re looking at different cuts in the budget because of sales tax – town, county, village, etc… Right now this is open-ended. Because of the way the AIM (“Aid and Incentives to Municipalities”) payments were changed last year, AIM is no longer a direct aid payment from New York State. It’s actually sales tax money taken away from the county and stored in New York State and then trickled out to the different municipalities. Arguably for Lima this is a small percentage of the budget: $14,385. But that money is still going to be taken from Livingston County’s sales tax. In Livingston County, we’re projecting a 13% loss in sales tax revenue. Even though first quarter was way up, it was skewed compared to last year because last year was so bad. There were a lot of things that made it look like we were up 8%, but it really should have been around 3.6%. Going forward, this is the quarter where the drop-out is occurring. The next set of sales tax payments is going to be low.”

“One of the things is money becoming available from FEMA and some of these other agencies, some of these things coming forward depend on headcount. The census is going on. For all of the folks who have post office boxes, they did not get a card from the Census Bureau. Cards only went to people who get their mail at their house. They have waived the requirements at the Federal level so that now you can go right to the census website, log in, put in your information, and be done. They’re desperately trying to avoid sending people house to house given all of the stuff going in. It’s to every municipalities advantage to push the census right now. It takes only five minutes. I have a post office box. I logged into their website. It was easy. Getting counted is very important because they’re going to basing aid on all of the counts.”

John Correll, Deputy Mayor, Village of Lima: “We’re status quo as far as the crew goes at this point. We do have the Planning Board preparing for a meeting with Pathstone who will be putting in an apartment complex in behind George Frances restaurant. We’re doing some internal flow studies on the sewer plan. We’re making some headway on the dog park at Mark Tubbs park. We can get some drain tile in this summer, get some grass planted, start grass growing, and then probably look to fence it in and open it at some point next year.”

“The Village Board is also looking at the maintenance of Red Willison Field at the Park. We’ve been discussing with the baseball league about moving to an organic field maintenance program. At this point we’re still trying to figure out if they’re going to play baseball games there this year or not. That could decide if and when we decide to spend money doing this. It looks like the league is on hold for the moment. I did talk to Greg McCaffery about the Mendon Storm. Their trip to Cooperstown has been cancelled because the whole Dreams Park is shut down for the entire season. They’re still debating as to whether they’re going to have some type of house league. They’re also considering, if they can open up and do some tournaments, they might just do some tournaments this summer as opposed to having a full-blown travel baseball schedule.”

“There’s a lot of people out there using Mark Tubbs park (keeping their distance) and a lot of dog walking going on. People are out and about, that’s for sure.”

Gerald Kusse, Supervisor, Town of Rush: “We have had two Town Board meetings on the Zoom platform. The first was an abbreviated meeting where we only dealt with the financials to keep the Town going. The second meeting was a full-blown meeting where we covered the entire agenda that we normally cover. Both meetings went very well. Both meetings had participants that had not previously come to the Town Hall for live meeting attendance. This made me happy (and I hope others) because we got to see people who we hadn’t seen before. We knew about them but we never got to see them face to face and we did on the Zoom platform.”

“The Zoom meeting went extremely well. Our attorney has blessed it with being in compliance with open meeting law requirements. We are at a point now where we have presented it to the Zoning Board, the Planning Board, and the Conservation Board for their use. It sounds like there’s a little more understanding required to adopt the platform and use it for their meetings. The Planning Board Chair has a concern because they frequently deal with large format printouts in the application process and he didn’t think they can effectively do that with the Zoom platform, but he was thinking of an alternate way of making that available to viewers.”

“All in all, I think it’s been a good addition for us and an effective way for us to communicate with our constituents. We are in the process of looking at a longer-term platform. I don’t think it will be Zoom. We decided early on that Zoom would be a shorter-term application, but we need a longer-term application. We have a team looking at this, but I don’t have any idea what that could be. I told the team to look at everything they can get their hands on. Nothing is off the table.”

Eileen Hansen, Mayor of Scottsville: “We had a regular board meeting on April 14th. We used Microsoft Teams because that’s what our IT person recommended. We had no public attend the meeting. Just the board, the Fire Chief, our lawyer, and the Code Enforcement officer. We were scheduled to have a public hearing, but we had to postpone because the timing was changing every day on how you had to advertise. So, even though we had advertised the meeting within the initial time guidelines, we moved the meeting to April 28th and we will have two public hearings on that day. We’re going to sort things out using Microsoft Teams for now. When this is over we’re going to have to take a look at what other options there are and what will work best for us.”

“We’re keeping our residents updated on our Facebook and website pages and with The Sentinel’s Junction forum, we’ve been putting things on that. So I think we’re in pretty good shape right now.”