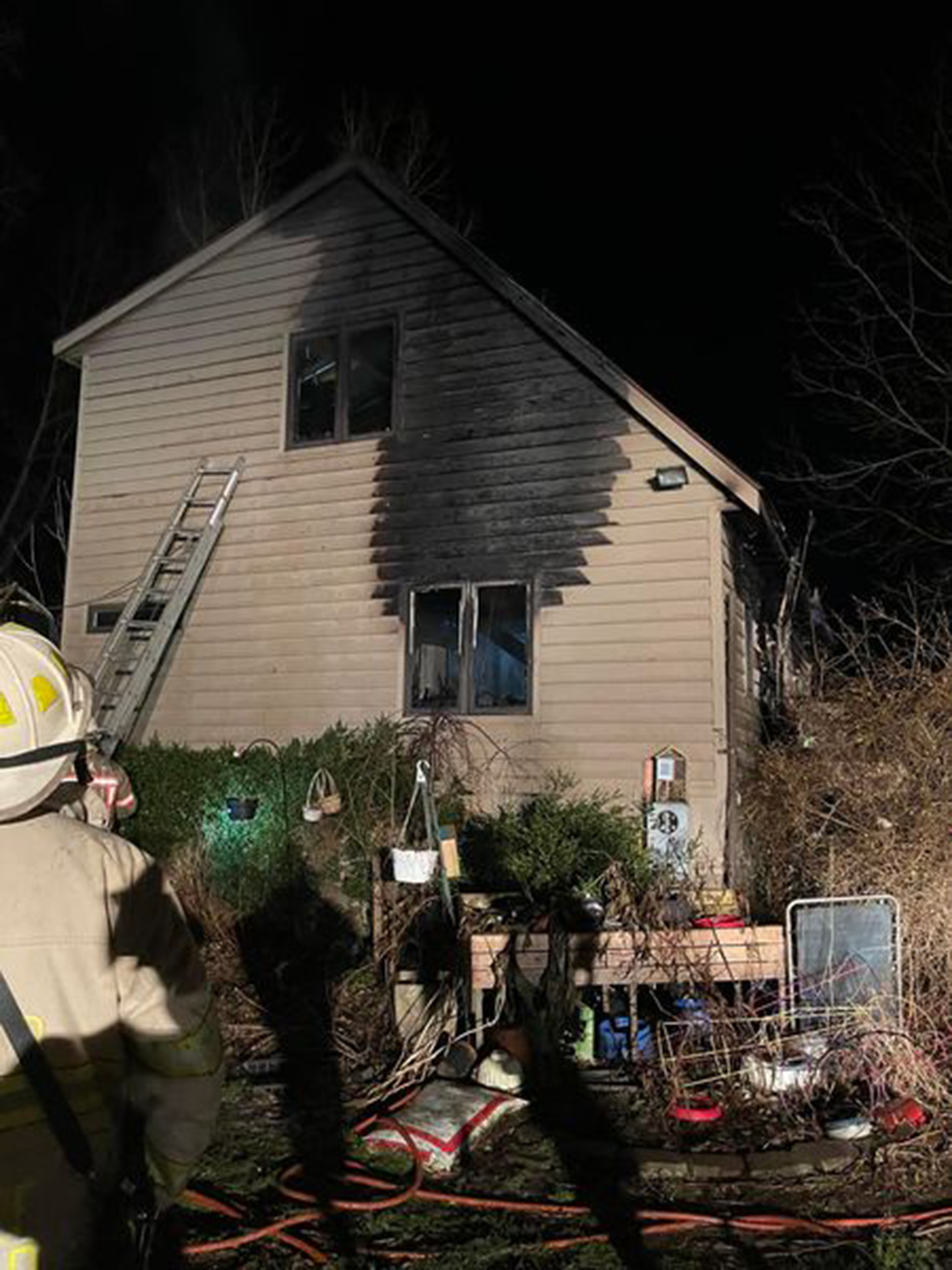 Area firefighters worked to put out the blaze at this Amann Road home on December 21. Photo by Mark Hansen

On December 21, 2021 at 6:44 p.m., Honeoye Falls Fire Department, along with mutual aid partners Mendon Fire and Rush Volunteer Fire Department, were dispatched for a reported house fire on Amann Road.

Assistant Chief Tyler Zavitz arrived on scene a few minutes later and declared a working fire in a two story single family home that was located well off the road. Access to the house was particularly challenging due to a very narrow and long driveway and 1,100 feet of large diameter hose had to be used.

With no hydrants in the immediate area, a tanker task force was requested. Mendon Chief Pete Kester organized and established a challenging water supply operation. There were no firefighter or civilian injuries.

The fire is currently under investigation.

The resident of the home, Mary Lynn Gleason, was not injured but did lose several pets and all her belongings in the fire. Friends have set up a Go Fund Me page to help her get back on her feet.