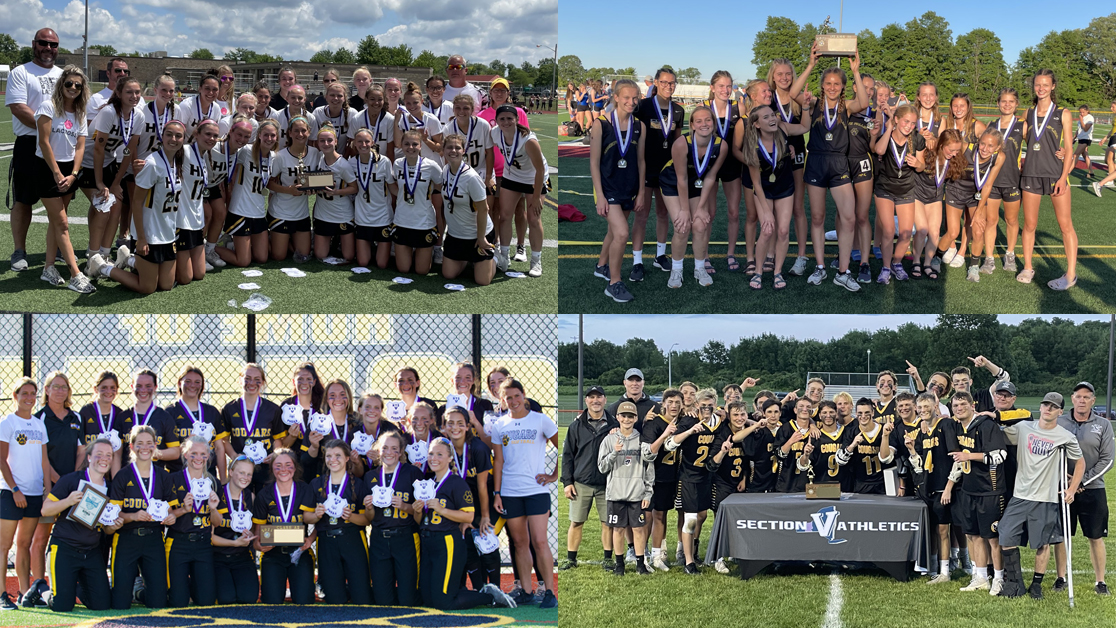 The Honeoye Falls-Lima spring varsity athletic teams ended this strange athletic year in style with four Section V championships over the course of three days. This past Saturday, June 12th, the HF-L Girls Varsity Lacrosse team kicked things off by wining their ninth straight Section V Class C title. The Lady Cougars enjoyed a home field advantage throughout the playoffs and especially during the Championship ceremony (shown in the photo top left). Next up was the HF-L Girls Track team, who successfully defended their crown and won their second straight Section V Class B title. The Girls Track team hoisted the Sectional Block on Saturday afternoon at Caledonia-Mumford High School (shown in photo top right). Then on Monday, June 14th, two more Cougar teams snagged Sectional Championships. The HF-L Girls Varsity Softball team won their second straight Section V Class A2 championship on Monday afternoon on their home field, successfully defending the title that the program won for the first time ever in 2019 (shown in the photo bottom left). The HF-L Boys Varsity Lacrosse team closed out the championship run with the program’s first-ever Section V title as it captured the Class C crown on Monday night on the road at Livonia (shown in photo bottom right). Game stories will be in next week’s edition of the Sentinel.