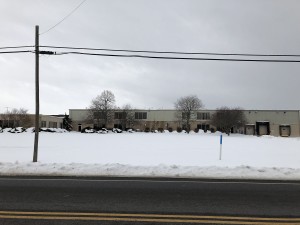 Governor Andrew M. Cuomo announced on Thursday, February 18, that fuel cell vehicle company HYZON Motors, established by Asia-based Horizon Fuel Cell Technologies, will further grow its operations in the Village of Honeoye Falls in Monroe County, creating 100 new jobs over the next three years. The next generation fuel cell heavy vehicle supplier will renovate 78,000 square-feet of existing building space on Quaker Meeting House Road, the former Branson plant, where the company will manufacture next-gen fuel cells for heavy- and medium-duty commercial vehicles. HYZON Motors first established its US operations in 2020 in Honeoye Falls. The company has developed hydrogen fuel cell stacks that can provide up 150kW of power, and expect to launch fuel cell systems capable of 300kW in 2022.

“The Village of Honeoye Falls is excited to be the new World Headquarters and Global Engineering Center of Hyzon Motors,” Honeoye Falls Village Mayor Rick Milne said. “Purchasing and renovating a 78,000 square foot building on Quaker Meeting House Road, Hyzon Motors will utilize regional supply chains and localized manufacturing while taking advantage of the strength of knowledgeable, local, experienced personnel. Creating up to 100 new skilled job positions in our community is not only a great benefit to our village but to the Rochester/Monroe County region as well.  This development also strengthens the clean-green energy initiatives of our region and the State of New York.  Fuel cell development and manufacturing belongs in Honeoye Falls and we are thankful that Hyzon Motors chose our community to locate its headquarters.”

“HYZON Motors could have expanded to anywhere in the country, yet they chose to stay right here in our community,” Mendon Town Supervisor John Moffitt said. “By creating new, good-paying jobs and leading the next generation of technology, HYZON will deliver great opportunities to our area and act as a catalyst for economic development. Congratulations to this expanding local company!”

Empire State Development is assisting the innovative company with its fast-track growth by providing up to $1.6 million through the Excelsior Tax Credit program. Monroe County and Greater Rochester Enterprise are also assisting with this project. Total project cost has been placed at close to $8 million. Now underway, construction on the renovated facility is expected to be completed in April.

The fuel cells manufactured by HYZON Motors are compact, powerful and uniquely suited for long haul and high utilization back-to-base trucking. The state-of-the-art fuel cell technology will power heavy commercial rigs with capabilities to rival traditional diesel counterparts on both performance and driving range. The company also recently entered into a partnership with the French oil company Total SE. HYZON Motors also recently announced its plans to go public through a merger with blank-check firm Decarbonization Plus Acquisition Corp in a deal that values the fuel-cell truck startup at $2.7 billion.

Hyzon has had a presence in Honeoye Falls since last July when it was announced they were moving into part of the old General Motors facility at 10 Carriage Street. Milne said the Carriage Street space is leased from HanTek and, to the best of his knowledge once the former Branson space is fully operational, Hyzon will leave Carriage Street which will allow HanTek to expand.
Milne also said that negotiations did not take long once Branson decided to close its operations.

“Very little time passed,” he said. “I have been in multiple discussions with their (Hyzon’s) local team for some time, but we truly only had to have one meeting that involved the HF-L School District, the Town of Mendon and Village of Honeoye Falls. Hyzon did NOT ask for an enhanced PILOT program and thus only needed to work with the County of Monroe to get their standard PILOT program approved. We certainly did support this effort though. When Hyzon decided to purchase the property on Quaker Meeting House Road, it was simply a formality of going through the purchase process which was all on them. I think that was completed within three months.”

Over the last three years, Branson had been consolidating its operations in Connecticut and staffing went down. Thus, Milne doesn’t see Hyzon as helping close the gap of the loss of the employees from Branson.

“I don’t look at it that way,” Milne said. “This was basically a shuttered building and we look at it as a win and a gain of 100 new jobs. However, I would say the net benefit will be at least 25 employees. I think Honeoye Falls was an attractive location for Hyzon because of the knowledge base of the local work force that has been involved in this technology and the availability of a great space for their expansion was critical.”

Hyzon’s business builds on New York’s unprecedented ramp-up of clean energy including over $4 billion invested in 91 large-scale renewable projects across the state, the creation of more than 150,000 jobs in New York’s clean energy sector, a commitment to develop 9,000 megawatts of offshore wind by 2035, and 1,800 percent growth in the distributed solar sector since 2011.

Assembly Member Marjorie Byrnes said, “ It is my understanding that Empire State Development and Greater Rochester Enterprises assisted in funding the project. Monroe County assisted with a standard Pilot program. HYZON Motors is a perfect fit for Honeoye Falls. HYZON Motors is going to repurpose an existing vacant building and manufacture fuel cells which will advance clean engine development. A win for the community and a win for green technology. As a state, we need to encourage businesses to reimagine vacant buildings in our towns and villages and make them into new business hubs. People are leaving out state. We must stop the exodus by creating new jobs, real careers with innovative, exciting new companies. That’s what HYZON Motors brings to Honeoye Falls.”

State Senator Samra G. Brouk said, “We know that investments in clean technology will help move us forward here in New York. Projects like the expansion of HYZON Motors will help our region’s economic recovery be a green economic recovery.”