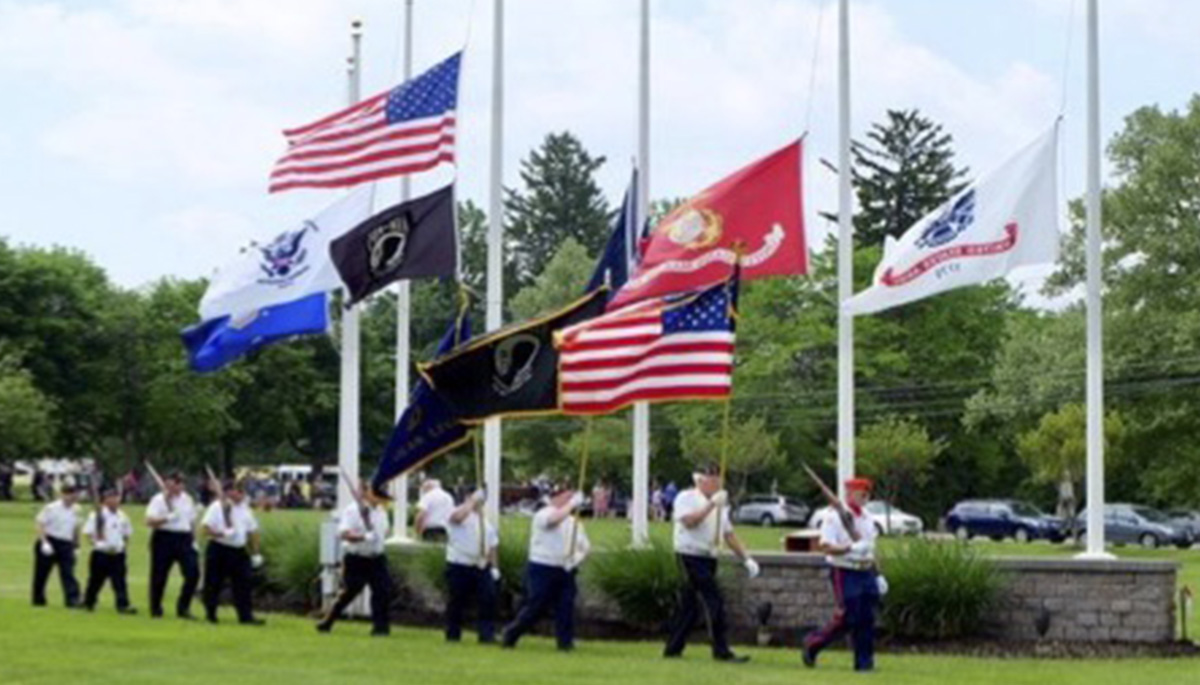 Members of Falls Post #664 march in front of the flagpoles at the Honeoye Falls Cemetery during the Memorial Day ceremony. Submitted photo

On Monday, May 31, 2021 Falls Post #664 and other area American Legion and Veterans of Foreign War Posts will have several events to commemorate Memorial Day.

The ceremonies are as follows:

Mendon Cemetery (at 9:30 a.m.): The Mendon Parade formation will be at the Westminster Hall & Chapel (former Mendon Presbyterian Church) on Rt. 251, marching to the Mendon Cemetery for the service. Colonel Mike Sweeney will provide remarks, a wreath will be placed, and the Star Spangled Banner will be played by the Honeoye Falls-Lima Middle School Band. The ceremony will end with the playing of Taps.

Lima Memorial Day Parade (at 9:30 a.m.): The Parade in Lima will  lineup at the Lima Primary School on College Street. The parade will proceed to the Lima Town Hall for a ceremony at the Veteran’s Monument. All veterans are invited to march with the Lima American Legion Post #282 or Lima VFW Post #26.

St. Paul of the Cross Cemetery (at 10:30 a.m.): Short service including the reading of the Honor Roll and placing of a wreath.