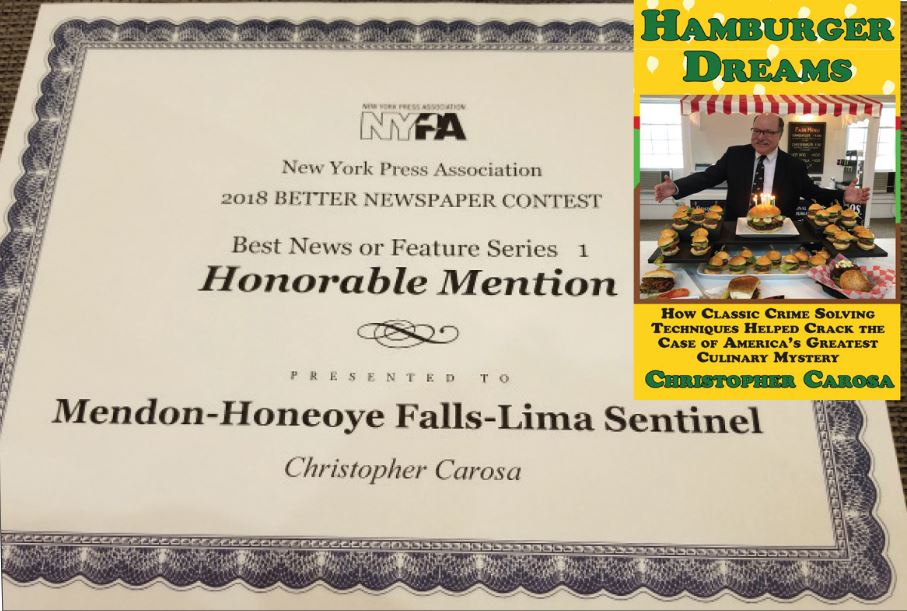 The New York Press Association bestowed an “Honorable Mention” Award to the Sentinel in the “Best News or Feature Series” category of its 2018 Better Newspaper Contest. The series “Hamburger Helper” ran from August through September of last year in The Carosa Commentary and formed the basis for Chris Carosa’s book Hamburger Dreams (inset). The contest judge wrote of the series: “The topic was entertaining and I can say I’ve never read a story about the history of the hamburger.”