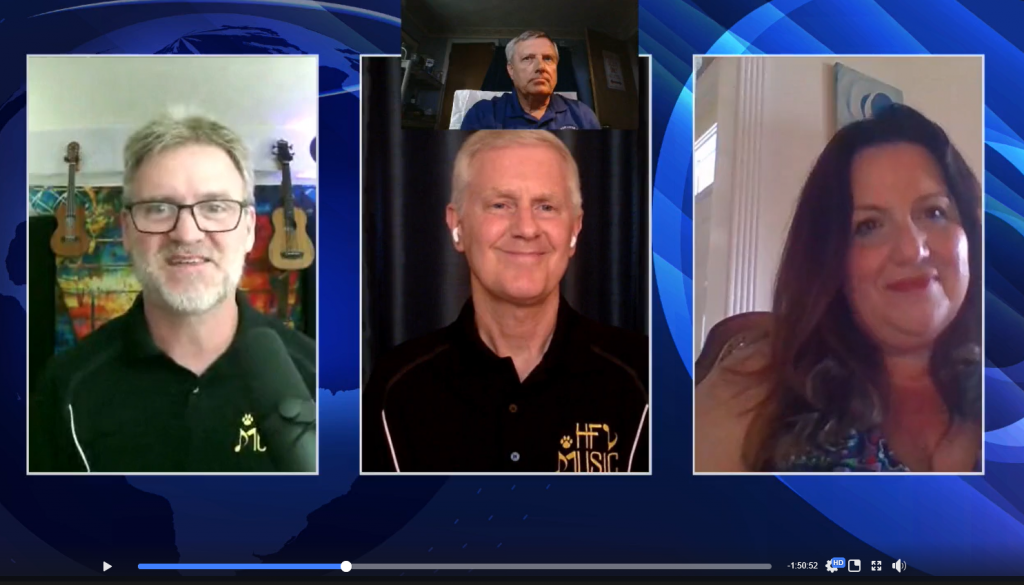 The final broadcast of Union Star Lounge last Saturday night at 7:30 pm broke all sorts of records. Promoted as a “Graduation Party,” it had the greatest number of viewers, comments, and engagement. In total, its reach approached 1,000. The 60-minute show, broadcast live on the Sentinel’s Facebook page and YouTube Channel, was hosted by Honeoye Falls’ Union Star Lodge #320 of Free and Accepted Masons and was led by HF-L Teachers Ken Goold, Mark Borden, and Andrea Borrelli. It featured taped versions of the formal student speeches as well as impromptu tributes from other teachers, parents, and students.

Goold, Borden, and Borrelli did a masterful job keeping the hour lively with their joyful banter. They expertly navigated the rocky shoals of live streaming as two of the four hosts lost their connection. The audience hardly noticed.

The one-hour “Graduation Party” ended with each of the hosts offering their toast to the HF-L Class of 2020. At the very end, Andy Allan introduced a big surprise.

For the next 90 minutes, there was a special retirement tribute to Mark Borden hosted by Ken Goold, Emily Borden, Amanda Borden, and Andrew Hargrave. This send-off featured songs, speeches, and even a little comedy from past students and coworkers. While it wasn’t the in-person party he had originally planned, Mr. Borden seemed genuinely grateful for the surprise and shared personal stories about all those who offered their own memories.