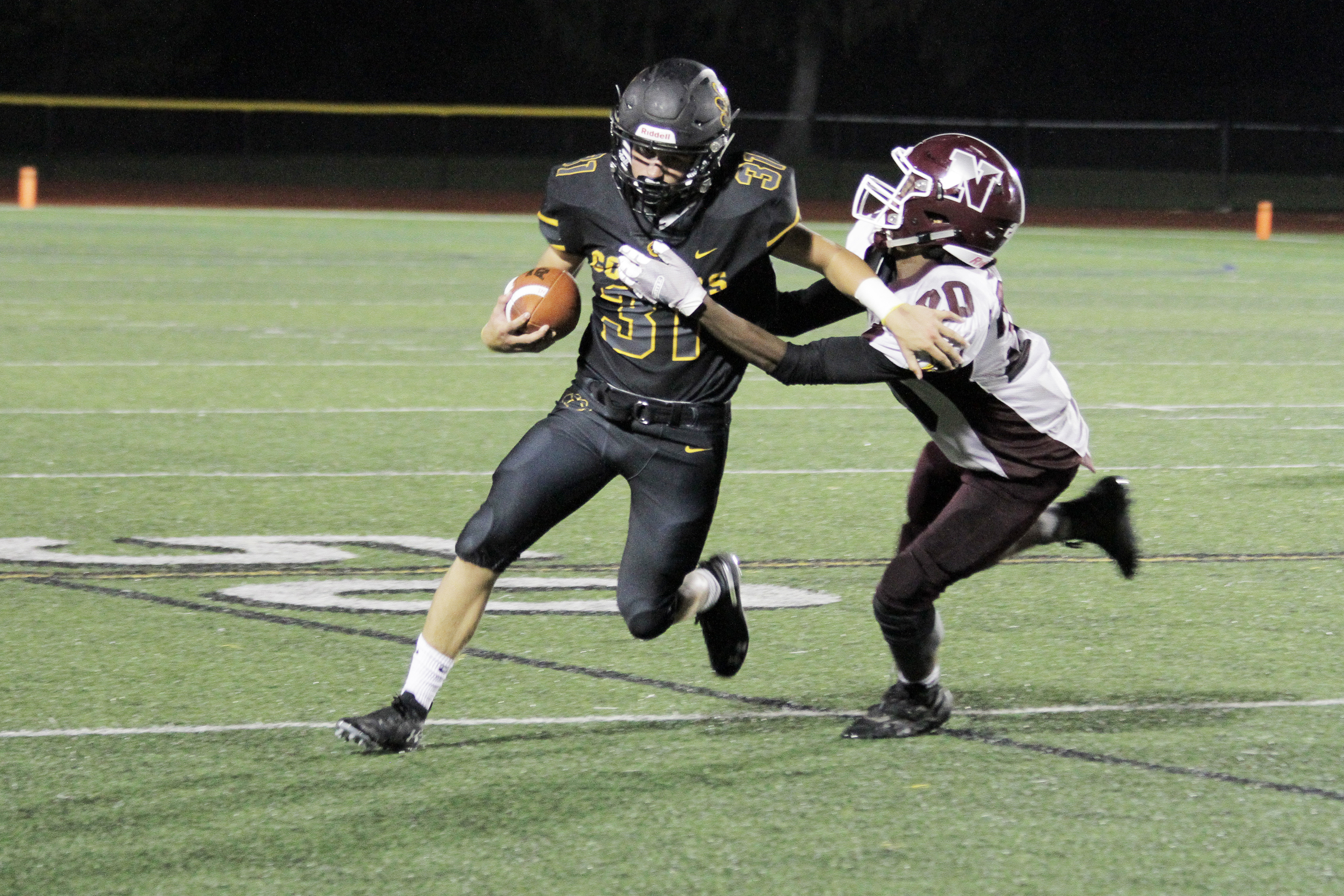 The Honeoye Falls-Lima Cougars football team defeated the Newark Reds in a decisive 34-0 victory Saturday afternoon. The Cougars were led by senior running back Jacob Derby, who finished the day with 62 rushing yards and 3 rushing touchdowns on 12 carries. He also logged 66 receiving yards and a touchdown reception. Derby spent the last season in the shadow of 2019 Class B Offensive Player of the Year Mason Ferrara, but he burst onto the scene with an offensive explosion in HF-L’s season opener. Opponents should expect a healthy dose of No. 31, especially inside the redzone.

The scoring began in the first quarter when senior quarterback Reece Joint connected with senior wide receiver Patrick Lustyk for a 8 yard touchdown. Later in the quarter, Derby caught a screen pass from Joint and dashed 66 yards en route to the endzone.

The second quarter saw a pair of Derby rushing touchdowns of 13 yards and 2 yards, respectively. The second score was set-up by a Cougar fumble recovery inside the Newark 10-yard line.

The only score of the second half was Derby’s third rushing score, again, from 2 yards out. The final score was 34-0 with the Cougars capturing their first victory of the Spring 2021 season.

Joint went 12-19 for 242 yards, 2 passing touchdowns, and 1 interception. Lustyk led HF-L in receiving with 6 catches, 90 yards, and 1 receiving touchdown. Senior wide-out Mason Wanzenried hauled in 2 passes for 67 yards. Junior running back Zac Meacham ended the day with the most rushing yards for the Cougars – 66 yards on 9 carries with his longest rush being 20 yards. The Cougar defense earned their first road shutout since 2017 at Greece Arcadia. The sole HF-L shutout from last season was Homecoming 2019 against Midlakes.

Next Saturday HF-L hosts Bishop Kearney/Rochester Prep/Rochester Academy Charter at 7:00pm. The game will be broadcast live with play-by-play on the Sentinel‘s Facebook and YouTube accounts.