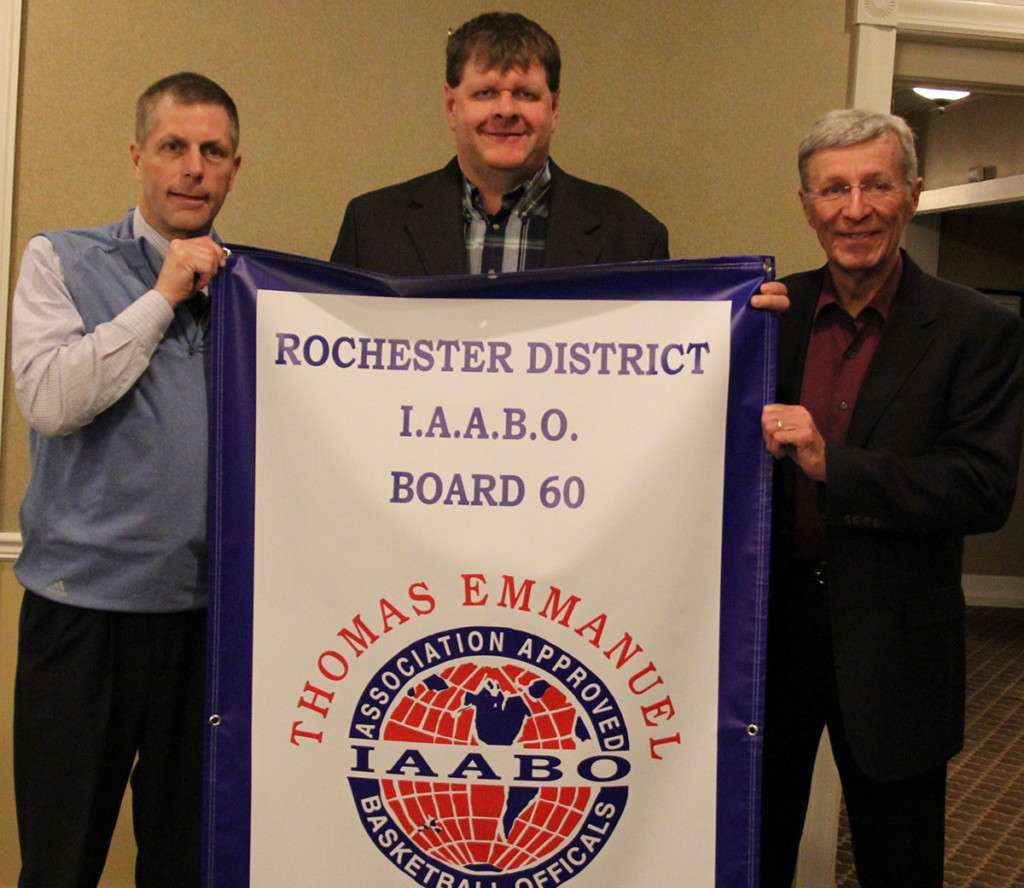 Coach Scott Lund and the Wheatland-Chili Varsity Boys Basketball Team have won the Thomas Emmanuel Sportsmanship Award given to the school and team that best exemplified good sportsmanship throughout the course of the season. Coach Lund and his teams have won the Genesee Region League Sportsmanship for the past two seasons. This season Coach Lund and his team won the overall Sportsmanship Award that encompasses all of the following leagues: Monroe County, Genesee Region, Livingston County Athletic Association, Finger Lakes Athletic Association, Wayne County Athletics, Rochester City Athletic Conference, and the Private and Parochial leagues. Officials from the International Association of Approved Basketball Officials Board 60 rate the teams and schools each season, and this season was the second time in Wheatland-Chili’s history of winning the overall award. Congratulations to Coach Lund and the Wheatland-Chili Boys Varsity Basketball team. Submitted photo