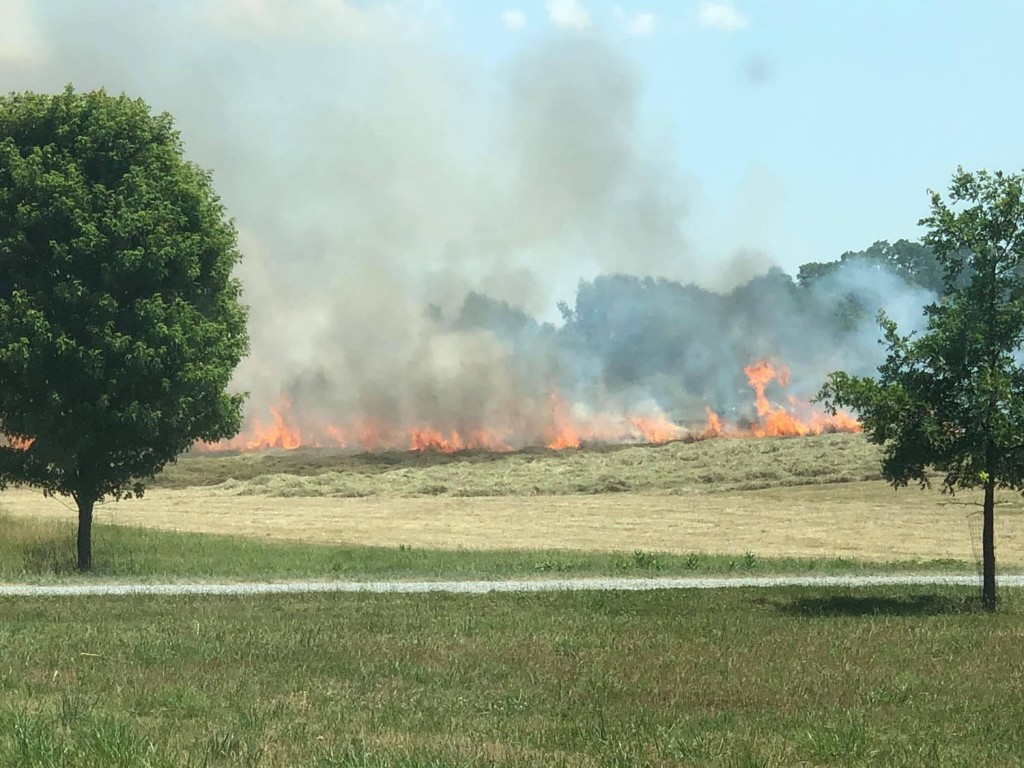 Firefighters worked in extreme heat to put out this field fire on July 9th in Mendon. Photo by Rob Dahlen

On Friday, July 17, at 11:21 p.m., Lima and East Avon fire departments were dispatched to a barn fire at 1280 Rochester Street in the town of Lima between Heath-Markham Road and Gale Road.

When fire crews got to the scene, a barn behind a house was fully involved and the flames threatened the nearby farmhouse. A second alarm was struck, bringing mutual aid to the scene from fire departments in three counties as Honeoye Falls, Hemlock, Livonia, Ionia, West Bloomfield, Scottsville, Mendon, Avon, East Bloomfield and Rush Fire Departments responded to the blaze. 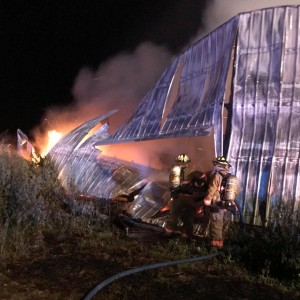 Honeoye Falls fire crews were assigned exposure protection to the house as well as fire suppression. Due to the heat, emergency medical services were also at the scene. No one was injured in the blaze, but the barn was a total loss, according to the Honeoye Falls Fire Department Facebook page. The cause of the blaze was under investigation by Livingston County Emergency Management.

One week before, Honeoye Falls Fire Department needed help to battle a large field fire in the 3100 block of Rush-Mendon Road on July 9 at about 1:30 p.m. Upon arrival, two acres of a field were ablaze in a recently cut hayfield. Due to the extreme heat and large area, firefighters were called from Mendon, Rush, Bushnell’s Basin, Pittsford and Fishers. Firefighters worked tirelessly to contain the blaze. Also assisting were the Monroe County Sheriff’s Office, Honeoye Falls-Mendon Volunteer Ambulance and Pittsford and Brighton ambulances.

Rehab was set up to rest and rotate the crews. An air-conditioned RTS bus was brought in to assist in the effort. 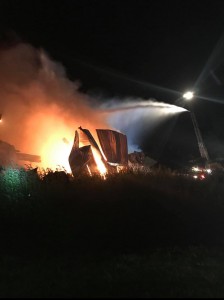 One firefighter was transported for heat exhaustion. Thanks to Lima and East Avon, who provided fill-in assistance while Honeoye Falls was battling the blaze.