BREAKING NEWS: Flames Shoot Out of Building in Honeoye Falls 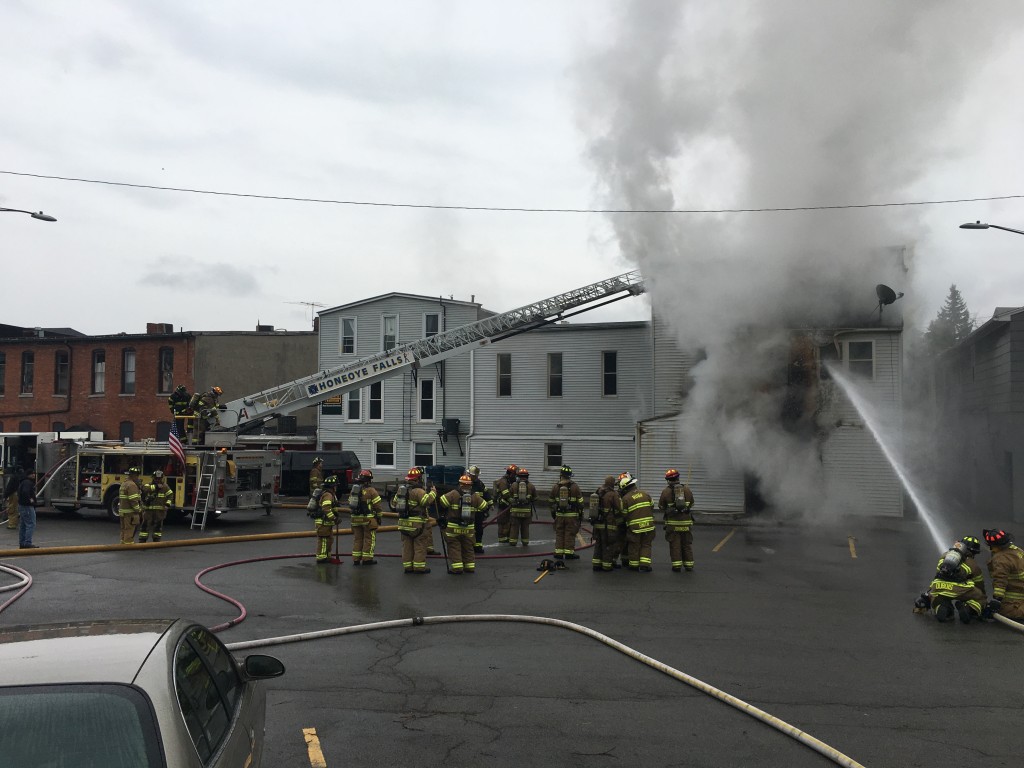 Local fire departments and emergency service providers responded to a fire in the village of Honeoye Falls on Thursday afternoon. According to a tweet by the MonroeCountyFireWire, the structure fire was reported at 17 West Main Street in the Village. According to Yelp, this is the address of Four Seasons Chinese Restaurant. Thursday evening, the Honeoye Falls Fire Department provided a statement on their Facebook page confirming this information.

Eyewitness, Caleb Cooley, noticed something strange during his ride home from work. As he passed by the Honeoye Falls-Lima Senior High School and approached the bridge over Honeoye Creek, he saw smoke billowing out of the buildings along West Main Street. Cooley arrived to his home in the village and returned to the scene with his father. He told The Sentinel, “flames were shooting out of the back of the building.” Cooley added “there were multiple fire departments fighting the fire as members from the local community stood by and watched.”

The Sentinel reached out to Rick Milne, Mayor of the Village of Honeoye Falls, for a statement. Milne, who was at the scene directing traffic, provided the following:

“I’m just very proud of this community and the Emergency Services groups that we have. The fire companies on scene did an incredible job with a very aggressive stop and while this was a tragic fire from a business perspective, we were extremely lucky that we didn’t lose the whole block. Our thoughts and prayers go out to the Kim Yang and family (business owners) and those that live in the apartments within the building. We are all just very thankful that no one was injured. We thank all the fire companies, ambulance service teams, and the Monroe County Sheriff’s Office for their support. I was also very impressed with how many business owners and residents stopped and asked if there was anything they could do to help. This is an incredible community for sure.”