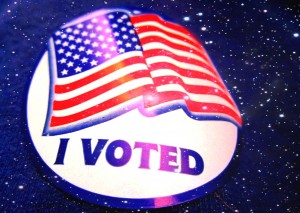 Voting is an important part of our country and our community. Be sure to exercise your franchise.

The Monroe County Board of Elections is looking for people willing to serve the community as election poll workers.

The country asks everyone to chip in and take an active role in protecting our freedoms. The right to vote is one of the oldest and most important entitlements. With those rights come responsibilities. Free and open elections are the basis on which this country was formed and you can make a difference by becoming a Poll Worker to help protect those freedoms.

Poll workers are responsible for making sure that voters are processed in a fair and efficient manner and according to Election Law.

The requirements are: You must be a citizen of the United States, be 18 years of age, be a registered voter in Monroe County, must serve for either the Republican or Democratic Parties, must have transportation and a cell phone, must be able to speak, read and write the English Language and must attend a training class, take a test and pass it.

Classes last about two-and-a-half hours and are available on a flexible schedule till November. Poll workers are paid $12 an hour for working on the General Election from 5 a.m.-10 p.m. ($204 total for a General Election Day). Poll workers should take time off during the day to eat a meal and to vote. They may leave their site as long as there is one poll worker of each party remaining.There are usually four poll workers at at each voting site. If there is an opening at your own voting location, you can work at your own voting location, otherwise you will be placed as close to your own district as possible.