HF-L Middle School Drama Club to present “Happily Ever Before” 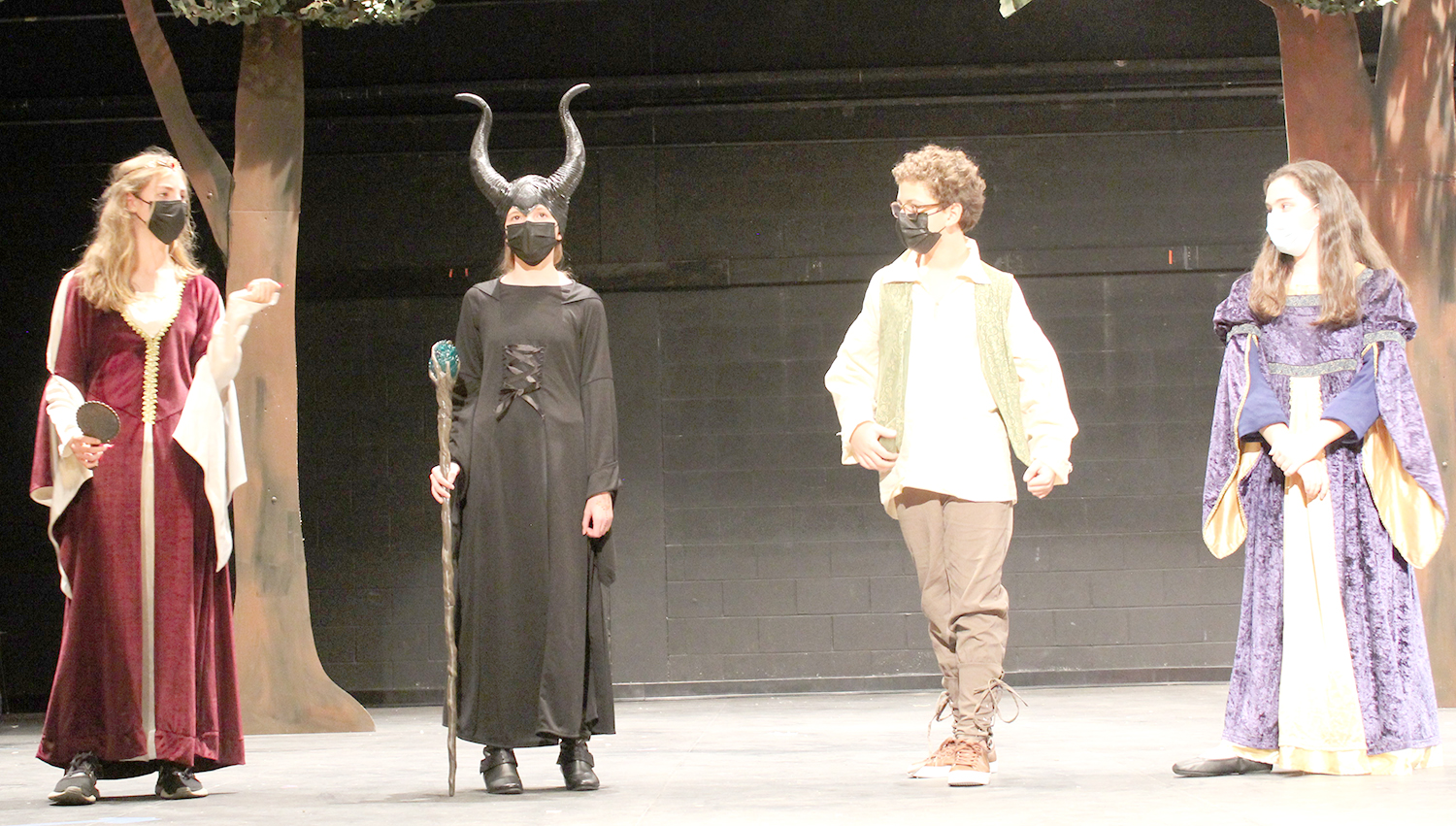 Grace Francis, Ava Zeh, Mike Ruff and Maeve Connors (left to right) rehearse a scene from Happily Ever After. Photo by Barbara Salter

They’re back! Yep, those fairy tales that we heard in childhood and their characters are on the stage this weekend as the Honeoye Falls-Lima Middle School Drama Club presents Happily Ever Before.

The show is a twist on some classic fairy tales. The fairytale villains have had enough. For too long, the Evil Queen, the Wicked Stepmother and Dark Fairy were pushed into the shadows while Snow White, Cinderella and Briar Rose got their happily-ever-afters as princesses. So, the three villains decide to change things with the help of sinister Rumpelstilskin. By using their magic to travel back in time, they plan to change the destinies of each one of the princesses and send them down a path that isn’t so happy. But, as the villains set the plan in motion, a group of fairy tale extras such as Big Bad Wolf, Hansel and Gretel, Goldilocks and Robin Hood unwittingly change the princesses’ stories and the course of the villains’ plans.

“The show is approximately one hour with an intermission,” said director Joanne Gravelle.

“The kids are doing a great job,” Gravelle said during a phone conversation this past weekend. “We have had a few bumps in the road like kids in quarantine, but the kids have had fun and are really excited to finally be back on stage, especially the eighth-graders, who were last in a show here as sixth-graders.”

The show is November 19 at 7 p.m. and November 20 at 1 p.m. and 7 p.m. at HF-L’s District Auditorium at the Middle School. Tickets are $5 at the door and the audience is required to wear masks.