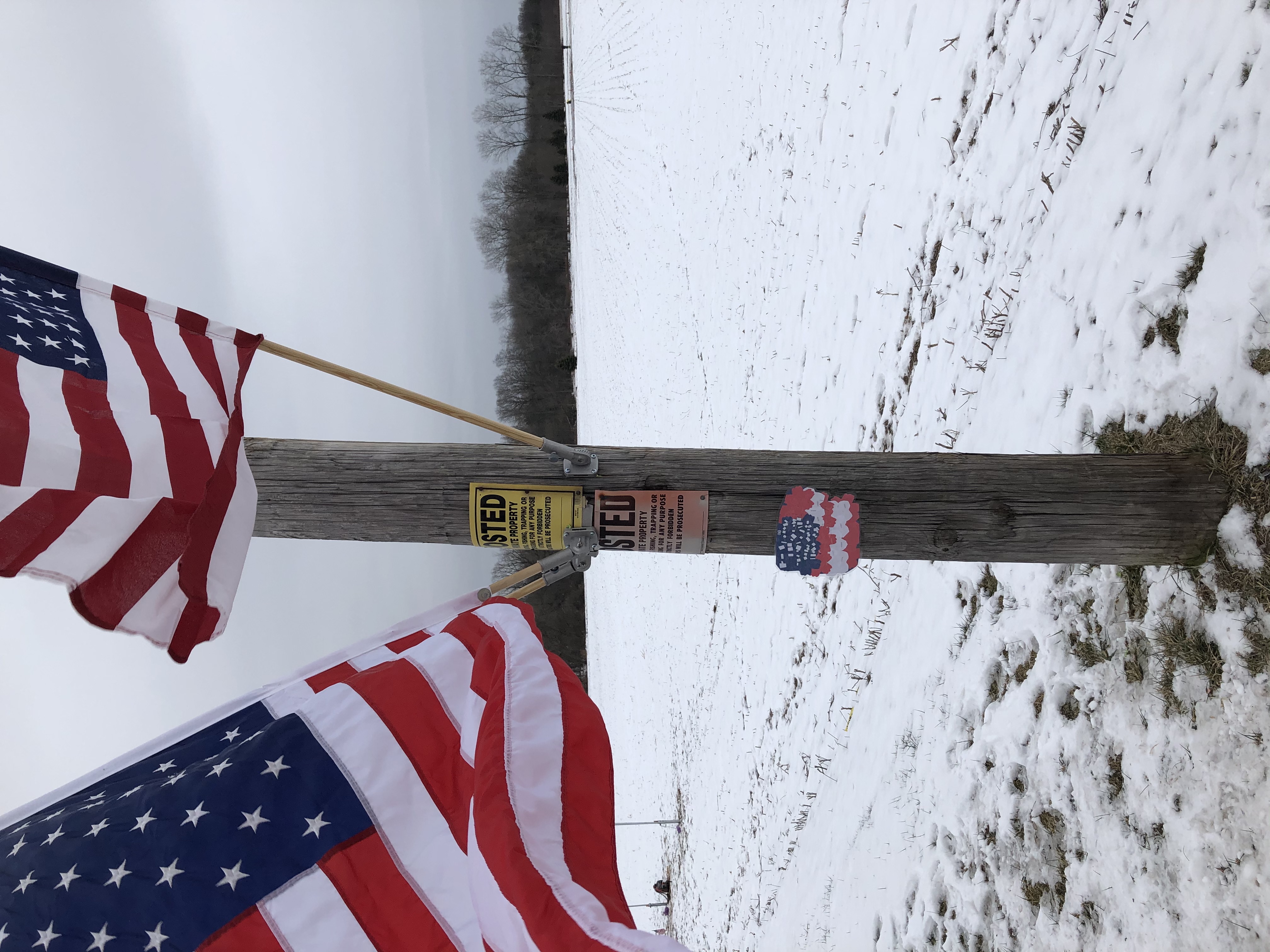 These American Flags on the phone pole were put up by a friend of Steven Skoda’s. The small flag underneath was done by a local eight-year-old child. Photo by Donna MacKenzie

On Saturday, November 13th Marv Vahue of Mendon-Ionia Road informed The Sentinel of an unfortunate event that occurred in the community. Sometime during the overnight hours two of the three flags at the West Bloomfield Road memorial site honoring the soldiers who died in the Black Hawk helicopter crash were stolen. Hopefully someone will take the appropriate actions to have the flags returned.