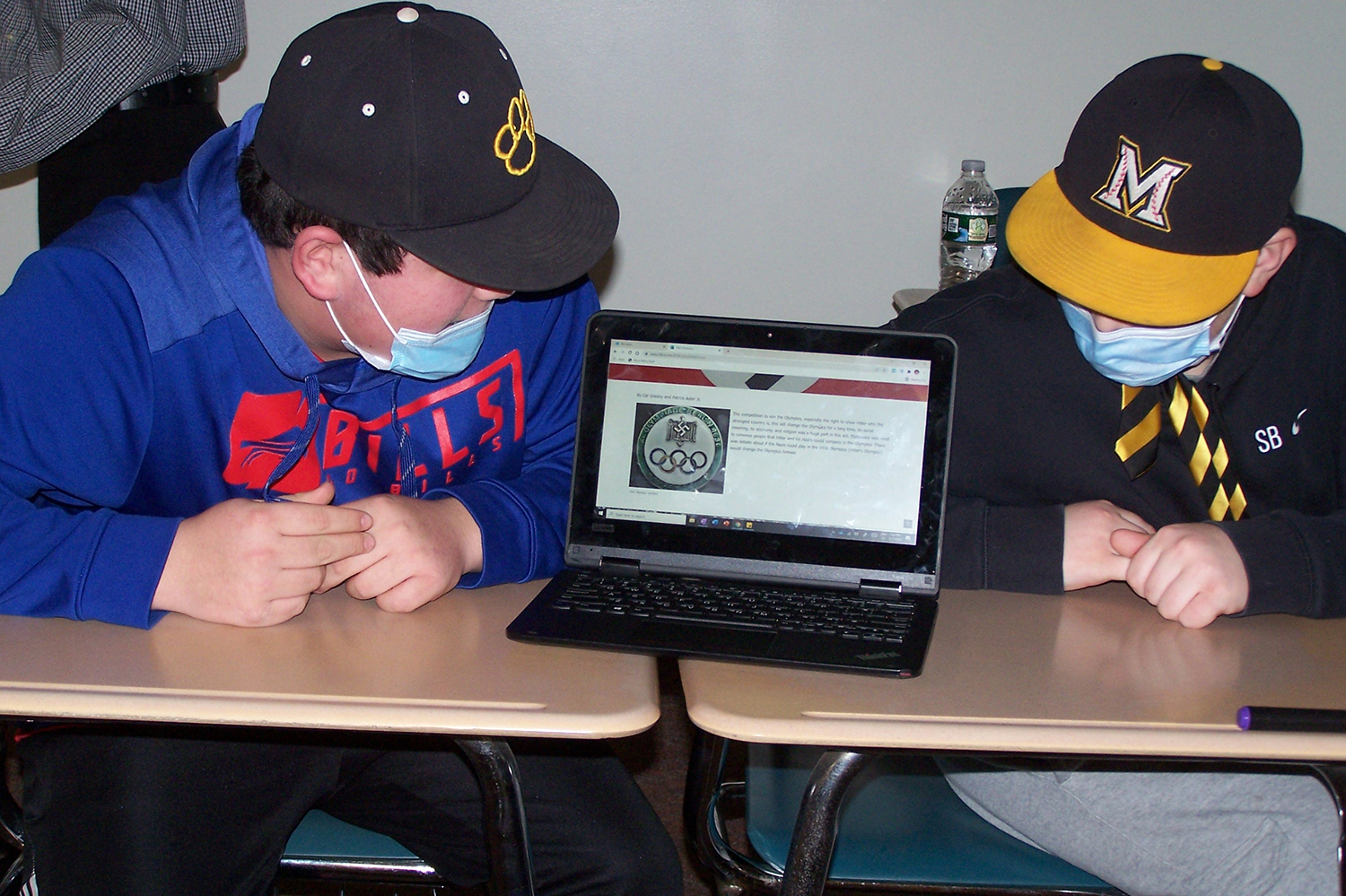 Patrick Adair and Cal Grasley discuss their project on Hitler’s Olympics in 1936 during the Middle School History Fair in February. Photo by Donna MacKenzie

When the Middle School History Fair took place in February, nobody knew how far any of the projects would go in the History Day competition. Two months later, the answer is two projects by Honeoye Falls-Lima Middle School students and one project by a high school student are headed to the state-level competition.

The theme this year was “Debate and Diplomacy: Success, Failures, and Consequences”.

A website project by Ashley Parrish, Megan Parrish, Trinity Johnson and Kerrington Ekholm titled The Creation of the CIA and a performance-based project by Claire Conners, Maeve Conners, Michael Ruff and Bridget Wise on Brown v. Board of Education of Topeka were part of the Middle School History Fair on February 17. Those two projects plus a documentary project by Edward Brown titled Belvedere, Gdansk, and the Round Table: The Polish Path to Freedom were chosen to move on to the state competition from the Regional competition round.