Family members of Ronald and Rodney Parmelee gather around the memorial stone during the dedication on November 9. Submitted photo

On Saturday, November 9, members of the Parmelee family and American Legion Honeoye Falls Post #664 members gathered at the Honeoye Falls Cemetery to dedicate a memorial to the memories of Ronald and Rodney Parmelee.

Ron Parmelee, who passed away in 2000, was a World War II veteran who blew “Taps” for over 50 years for every Memorial Day, Veterans Day and military funeral in the area. His son, Rod was a Vietnam War veteran who organized and served as Parade Marshall for over 25 years for those solemn ceremonies. He passed away in 2017. They were both members of Honeoye Falls Post #664 and served in a variety of roles with the American Legion post. The location of the memorial is next to the tree where Ron stood to blow “Taps” each Memorial Day. 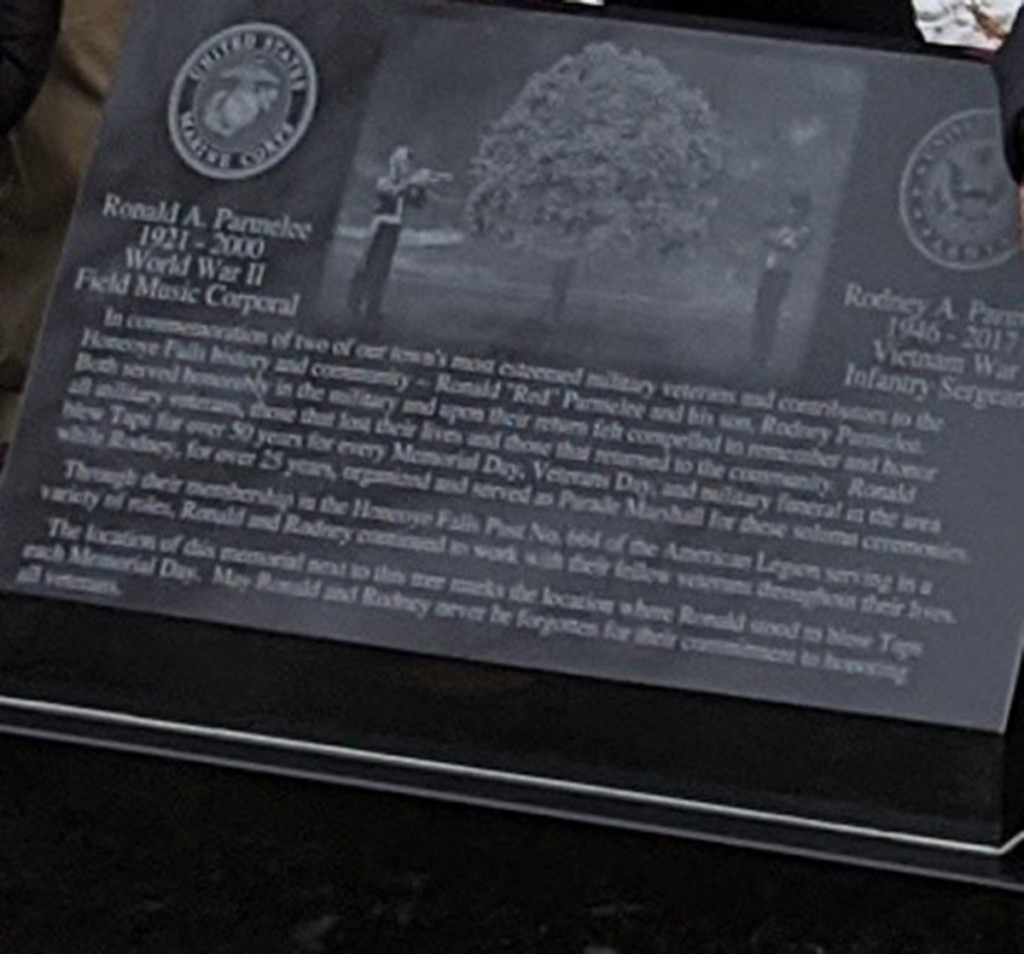