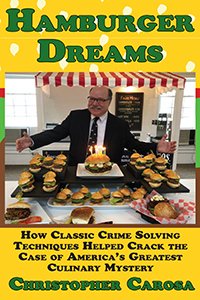 Click image to find out more about this book

Mr. Carosa is an award winning writer, author and researcher.  A captivating speaker, he is the publisher of the Mendon-Honeoye Falls-Lima Sentinel and is the President of Carosa-Stanton Asset Management. He is Chairman of the Board of the Bullfinch Fund. He currently serves as President of the National Society of Newspaper Columnists and is a Director of the New York State Press Association.

Chris will, within the bounds of the available time, address some, or all, of the following pressing topics:

Come join us for what promises to be an enlightening and entertaining program!

The Meeting will be held at 7:30 on January 2nd at the Mendon Community Center, 167 North Main Street in Honeoye Falls.  This facility is handicapped accessible. The meeting is open to the public. Refreshments will be served. For information, call 624-5655.