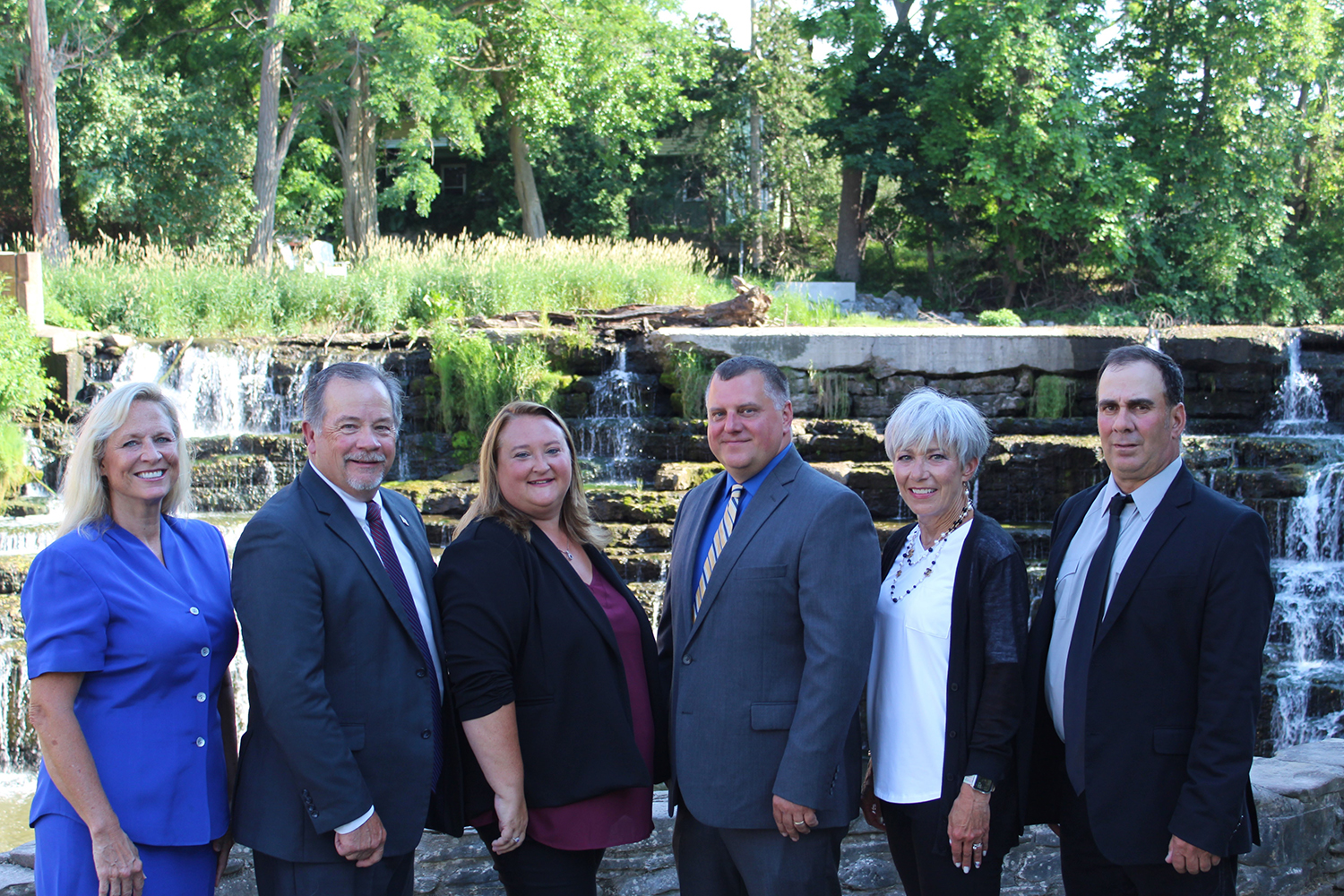 The Mendon Republican Committee is proud to announce its endorsed candidates for the November election. Of the six candidates, there are some new additions to the team, Brent Rosiek, who will run for Town Board, and Michelle Booth, who will run for Town Clerk. Town Supervisor John Moffitt will again lead the ticket, and Town Councilwoman Cynthia Carroll will seek re-election to the Town Board. Town Justice Cara Briggs will also seek re-election in addition to Highway Superintendent Andrew (Andy) Caschetta.

“I am thrilled to be running for re-election alongside an outstanding group of public servants who are truly dedicated to promoting and preserving the values that make Mendon a great place to live and raise a family,” said Mendon Town Supervisor John Moffitt. “Together, we will continue to provide vital quality of life services while remaining committed to keeping our property taxes among the lowest in Monroe County. With continued support from our friends, neighbors, and fellow residents, our team will work hard to ensure the Town of Mendon remains a hometown destination for all.”

Already serving the Town of Mendon as Town Supervisor since 2010, John Moffitt will be running for re-election. John is the Past-President of HFL-Mendon Youth Baseball and was inducted into the HF-L Alumni Hall of Fame. He is a lifelong resident of the Town of Mendon, and his family owns and operates a small business in Honeoye Falls.

Cynthia Carroll is running for re-election to the Town Board after being re-elected to a four-year term in 2017. A retired teacher, Cynthia has nearly 40 years of teaching experience at various levels and was a “Teacher of the Year” award recipient from the University of Rochester. She also served on the Comprehensive Plan Advisory Committee and currently serves as the liaison of the Mendon Library Board of Trustees and citizens committee for the military memorial to honor the three National Guardsman who tragically lost their lives in the helicopter crash in Mendon. Brent Rosiek is a first-time candidate for Town Board and a 40+ year Mendon resident. A professional engineer by trade, Brent is President of Rosiek Engineering and serves as Chairman of the Town of Mendon Planning Board. Brent has extensive experience in municipal water supply projects and will bring new knowledge and perspective to the Town Board. He was also a member of the Comprehensive Plan Advisory Committee. Brent is seeking to replace Councilman John Hagreen, who decided not to run for re-election.

Judge Cara Briggs is seeking her fourth term as Mendon Town Justice. After graduating from Albany Law School, she worked as a prosecutor in the Monroe County District Attorney’s Office. As a Town Justice, Cara has presided over thousands of cases. She also manages her own legal practice, which is primarily devoted to Education Law, representing parents in matters related to Special Education.

For the first time in 25 years, Mendon will have a new Town Clerk. Longtime Town Clerk, James Merkze, will be retiring from his position when his term expires at the end of this year. Michelle Booth is running unopposed to succeed Jim Merzke. Michelle has served as the Town of Mendon Court Clerk and Building Department/Assessor Clerk since 2015.