W-C musical Working: A Musical to be streamed 3 nights only

Home W-C musical Working: A Musical to be streamed 3 nights only 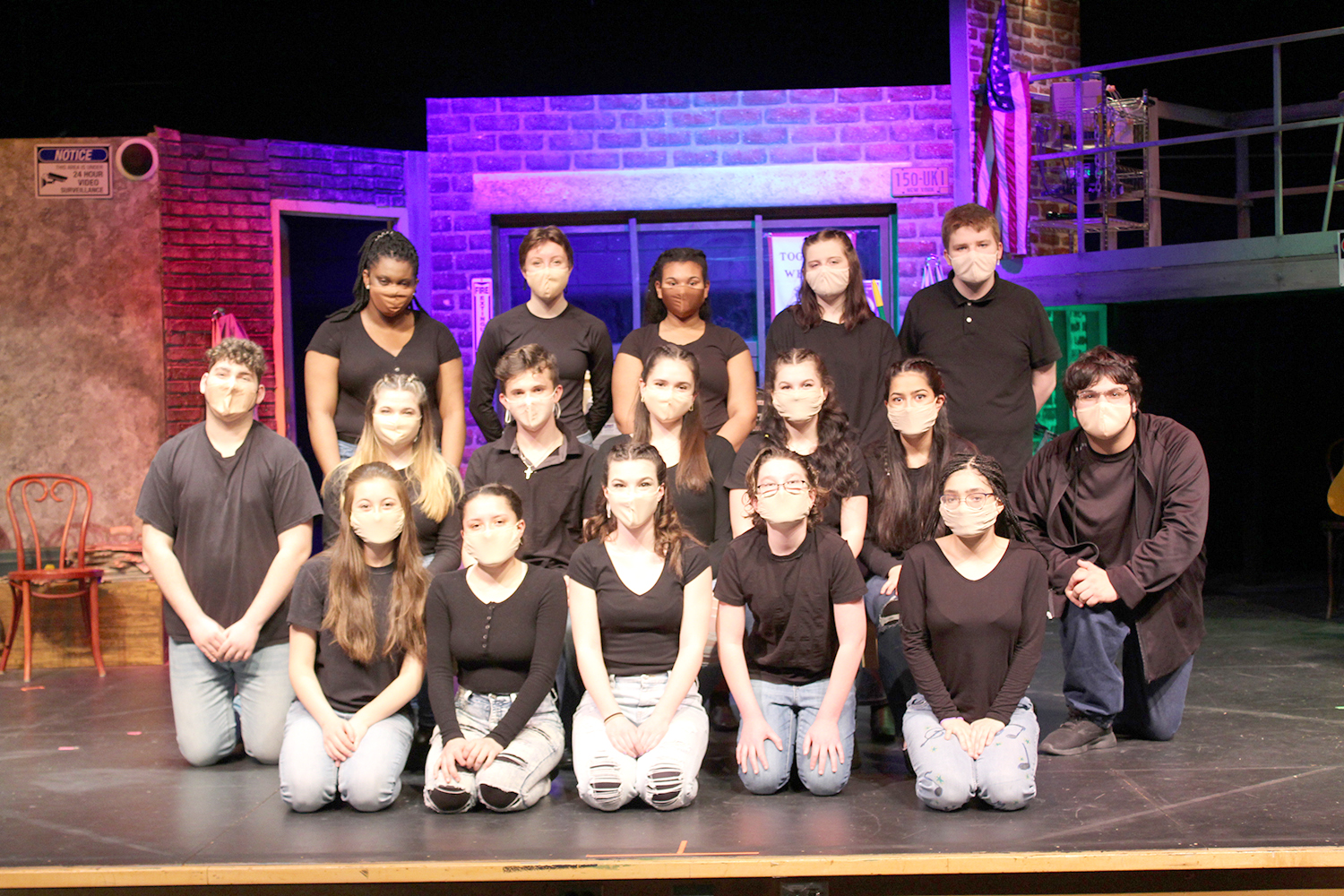 In the photo above left are the 17 members of the cast of Wheatland-Chili High School’s musical Working: A Musical and in the photo below are the four crew members. Both photos are by Jason Ford

Like many others, Wheatland-Chili High School students were cheated out of doing their musical in 2020 because of COVID-19. W-C’s young thespians were just one week away from the curtain rising on their show Sister Act when schools in New York were shut down the weekend of March 14-15.

This year, the students won’t be cheated because Working: A Musical will be streamed online for three nights only May 13, May 14, and May 15 at 7 p.m. with an individual viewing pass (1 person) costing $10 and a family viewing pass costing $25. The performance was filmed on April 29 at the Wheatland-Chili Middle School/High School auditorium.

“Students were masked for the whole production but speak and sing all the songs in the show,” said artistic director Jason Ford. “The performance is dedicated to our front-line and essential workers who have kept our country moving during this global pandemic.”

Dedicating the performance to front-line workers is appropriate given that Working: A Musical is based on Studs Terkel’s best-selling book of interviews with American workers. It is a vivid portrait of the men and women doing jobs that often are taken for granted, don’t get enough credit, and/or are just plain overlooked and undervalued. Originally presented on Broadway in 1978, it was revised and updated in 2012, retaining many of the old songs by composers such as Stephen Schwartz, Mary Rodgers (the daughter of Richard Rodgers of Rodgers and Hammerstein fame), and James Taylor and two new songs written by Lin-Manuel Miranda. 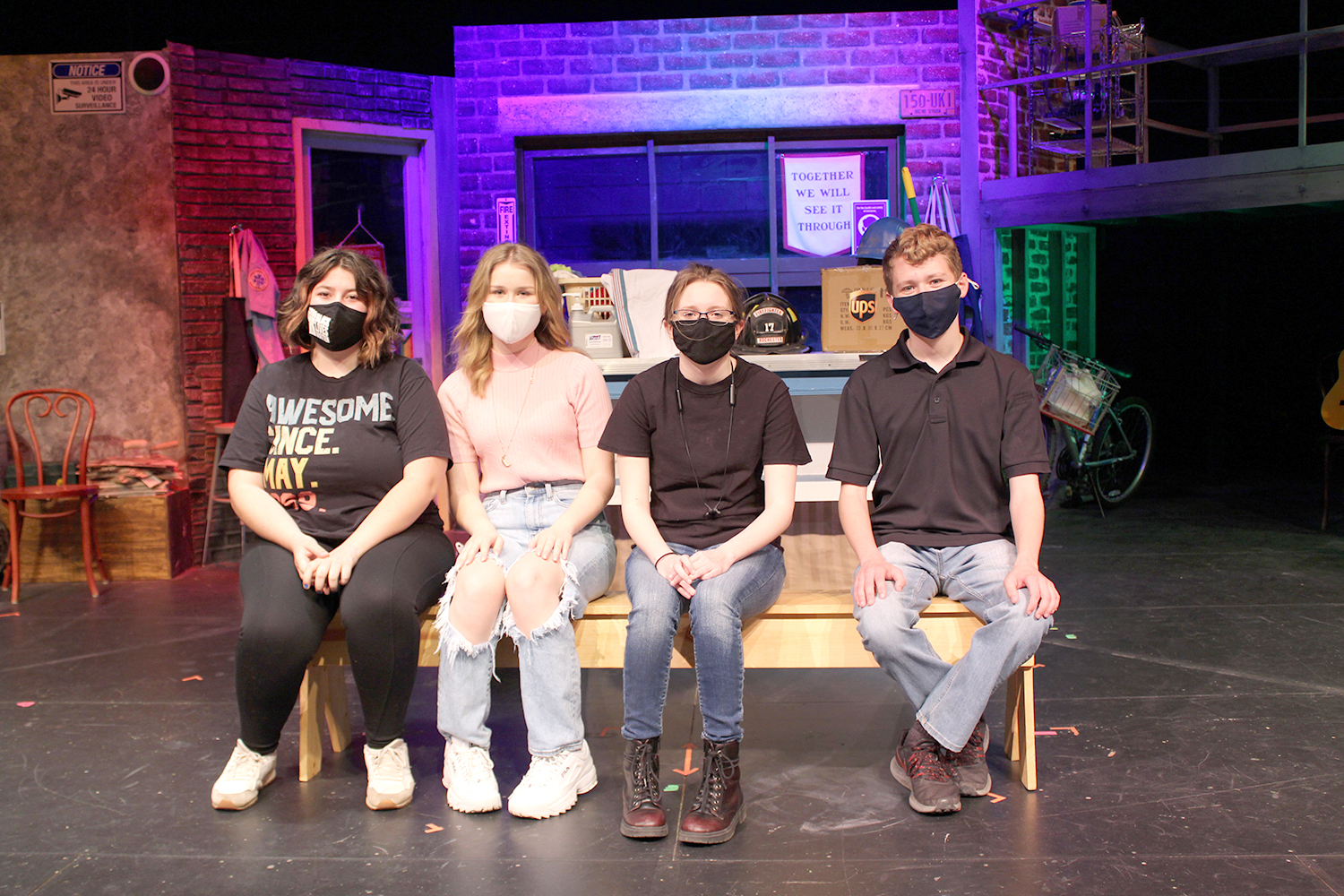 W-C is performing the 2012 version of the show which musically explores 26 people from all walks of life including a firefighter, a teacher, a millworker, a waitress, and a tech support worker. This version also allows the audience to get a rare glimpse of the actors and technicians, working to put on a show.

There are 17 actors on stage, two students in the pit, and four on crew. All were involved in Sister Act in 2020; so they get the chance to do something that some of those involved in Sister Act didn’t: actually perform for an audience, albeit virtually, although there was a tribute done for Sister Act that can be seen at: https://www.wheatland.k12.ny.us/Page/3625

“I chose Sister Act in 2020 because of the seniors, particularly girls, who we had from the class of 2020,” Ford said. “It showcased them the best. This year, Working showcases our kids but also celebrates many front-line and essential workers who have been so very important during this pandemic.”

Coopervision sponsored the filming of the production, which was professionally recorded by Paper Moon Productions. Streaming is presented by special arrangement with Music Theatre International, which is the publishing house that holds the rights to the show.

Filming is just one of a couple of ways that area high schools are performing musicals this year. Some, like Honeoye Falls-Lima, did musical reviews that have been recorded and uploaded to Youtube. Others, such as Marion High which is performing Kiss Me Kate, are going to try for outdoor performances later in May or in June.

“The kids have done an extraordinary thing here at Wheatland,” Ford said. “They’ve worked really hard to bring this show to life. For the kids involved in music and theatre, it is allowing them to do something they love just like the kids on the athletic teams.”

People can see the streaming performance only on May 13, 14, and 15 at 7 p.m. by buying tickets through https://www.showtix4u.com/event-details/51264. Patrons will be asked to register with an email address when purchasing a viewing pass. An individual viewing pass (1 person) costs $10 and a family viewing pass costs $25. Viewers must log in prior to 7 p.m. and must watch in real-time as the video cannot be paused or rewound. Video can be streamed on any laptop, desktop, smartphone, Apple TV, Chrome Cast, Google Play, or other devices with internet access. The show is approximately 80 minutes and there is no intermission.

Like most schools who never got to perform shows a year ago but who had already spent money on costumes, performance rights, and supplies for sets and props, the Wheatland-Chili Drama Club took a hit to its fund balance.

“Proceeds from ticket sales will go to the Drama Club,” Ford stated.