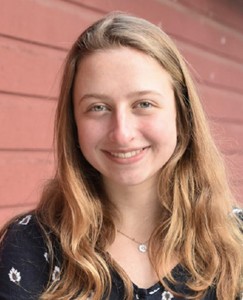 Casey Walike (above) and Philip Ackerman (below) are the valedictorian and salutatorian for the Class of 2020 at HF-L. Photos provided by HF-L

Classmates in the Honeoye Falls-Lima Class of 2020, Casey Walike and Phil Ackerman will be classmates in the Class of 2024 at Cornell University. The duo are also at the head of the class at HF-L as Walike earned the honor of being the valedictorian this year while Ackerman is the salutatorian.

“I like math and science and I like spending time outdoors in nature,” Walike said. “All my activities involve being outside so my intended major of environmental engineering comes from those factors.”

While academics were important to Walike, she also took the time to involve herself in school fully through clubs and extracurricular 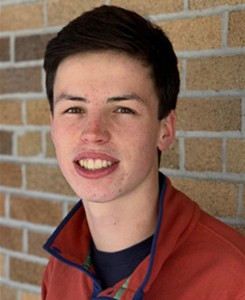 activities. She was a member of National Honor Society, Green Team, Math Club and tutored other students in math.

Walike, 18, was busy outside of school as well. She volunteered at the Black Diamond Half Marathon and the Youth Trophy Cup Races by helping set up, do the timing and compile results. Through the HF-L Community Programs, she was a lifeguard and swim instructor.

A three-sport athlete, Walike swam on the varsity swim team for four seasons before switching to cross country running this past fall. She took second at the Section V Class B Cross Country Championship last fall with a time of 19 minutes, 52.4 seconds and 42nd at the state Class B championship (18:28.1). For her performances all season, she was named to the All-Greater Rochester 1st team. Walike was a member of the varsity Nordic Ski team for four years, placing eighth in 28:52.1 at the Section V Championships and 17th (26:00.6) at the state championship this winter. She would have concluded her fourth year on varsity track this spring if the high school spring sports season had not been cancelled. As a junior, she placed second (4:58.82) in the 1500 meters and second (11:13.48) in the 3000 meters at the Section V Class B Championships, garnering All-League 1st team honors for her performances. She may join an outdoor club team at Cornell.

One of her favorite memories is of the Section V Championships in track last year as both the boys and girls teams won sectional championships. Another favorite memory is helping to create the Fall Weekend float as a sophomore as so many of her friends were on the float. Walike says that Mrs. Packard and Mr. Somers were some of her favorite teachers. She felt Mrs. Packard showed a true passion for teaching and always took the time to connect and form relationships with her students and Mr. Somers was knowledgeable yet made class fun and entertaining.

Among the things that she has missed over the last three months since COVID-19 closed school and forced learning online is being in class and her friends from the track team.

“I was disappointed because track season was about to start and I would have liked to see what our team could have done and also because I couldn’t see friends and teachers,” she said. “It made me realize how important school is. But, the quarantine also forced me to reach out to friends because I could not see them every day and it made me stay on task and work independently, which I will need to do at college.”

Ackerman, the son of Kate and Dave Ackerman, will attend Cornell University with an intended major of mechanical engineering. He also considered Northeastern University, University of North Carolina, University of Virginia, Massachusetts Institute of Technology, Duke University, University of Maryland, University of Wisconsin, Penn State and Dartmouth but was accepted through early decision at Cornell. He held an academic average of 97/98 while challenging himself with courses such as AP Physics 2, AP Computer Science, AP English Language and Composition, AP U.S. History, AP Chemistry, AP Statistics, AP Government, AP Calculus BC, AP Macroeconomics, AP Psychology and a microeconomics course online through Tompkins-Cortland Community College.

His involvement in school reached beyond academics to clubs and activities such as Link Crew as a junior, Model UN, STEM Club and National Honor Society for two years, serving as NHS President this past year.

Ackerman, 17, helped the Mendon Fire Department by volunteering to help at its annual carnival. Among his other interests are building things and welding. In his sophomore year, he used a welder to make a window.

Among his awards and honors are the American Chemical Society Award and the Bausch & Lomb Award. A three-sport athlete, he earned Scholar Athlete honors for Alpine Skiing for all five years he was on the team.

Ackerman was on the varsity cross country team for four seasons. He finished 127th (20:00.6) at the Monroe County Varsity B Championship last fall. He was on the Alpine Ski team for five years. He was 15th (1:28.21) in the giant slalom and 16th (1:28.08) in the slalom at the Section V Class A Championship. He would have concluded four years on the varsity track team this spring. As a junior, he placed 12th in the pole vault by soaring 11 feet, 6 inches at the Monroe County League Championship and fourth in the pole vault by clearing 12-3 at the Section V Class B Championship. He is not thinking of playing a sport in college.

His favorite memories of high school revolve around being on the sports teams and going to events and working out with his teammates. His favorite coaches have been assistant track coaches Christian Sparacino and Xavier Goodrum because “they care about the athletes they work with”. Among his favorite teachers are Mr. Somers, Mrs. Packard, Mrs. Boldt and Mrs. Glavin.

Asked what he has missed the most over the last three months and what he has learned during this time, Ackerman responded by circling back to his classmates.

“I have missed being able to be with my friends, in the library and before practices,” he said. “The last three months have taught me to keep moving forward and to not take anything or anyone for granted.”