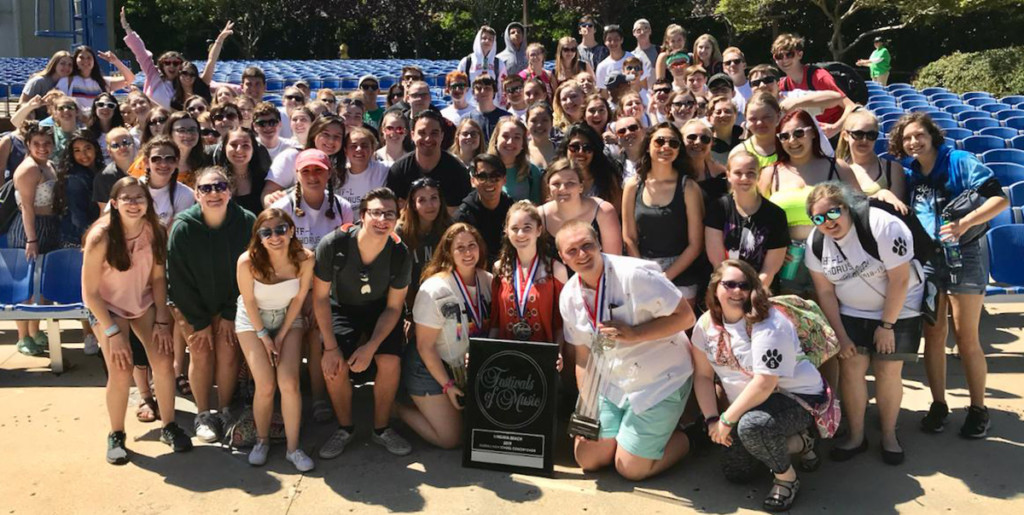 BY DONNA MACKENZIE
Late in March, the Honeoye Falls-Lima Central School District was selected as a Best Community for Music Education for the eighth straight year by the NAMM Foundation. Two weeks ago, the HF-L High School choirs went out-of-state and proved that point by being the class of the Music Competition Festival in Virginia Beach.

The High School Choruses, 97 singers strong, plus 10 chaperones and director Ken Goold, traveled to Virginia Beach for the competition at the Norfolk State University and the awards ceremony which was held at Busch Gardens amusement park in Williamsburg, VA.

“This is not the first time that it has happened with all three receiving superior ratings, but it is not regular either,” Goold said. “It has happened probably three or four times since I have been here. But, beyond the ratings, the experience is great for the kids. There is an onstage clinic which is invaluable and we also receive recorded comments from judges that we can use as feedback once we get home.”

Seventeen hours after the photo above was taken with the chorus members reveling in the awards and the sunshine and warmth of Virginia, the choruses were pulling into the high school parking lot to be received by their parents and friends…and Rochester snow as well.