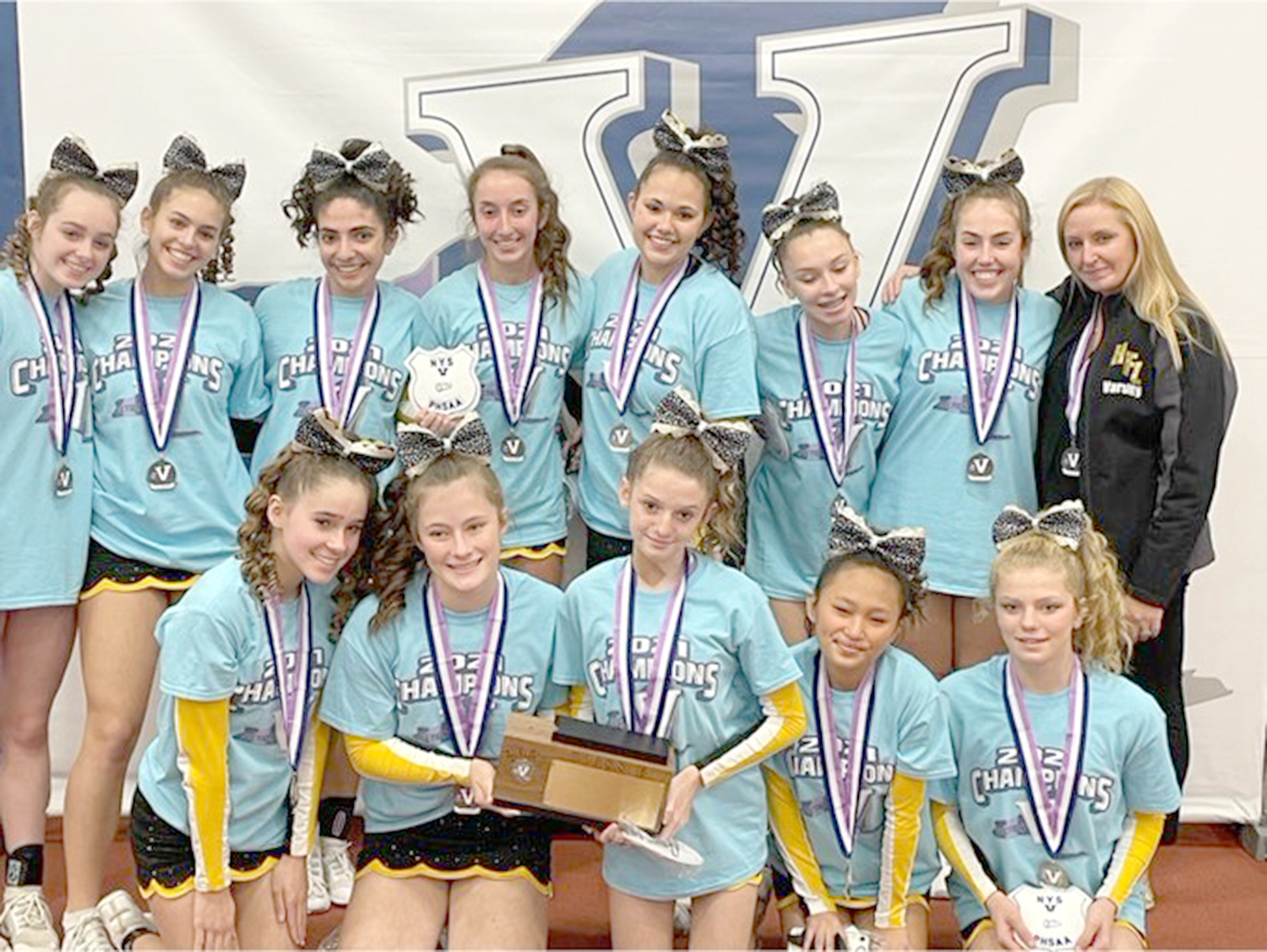 The Honeoye Falls-Lima Varsity Cheerleading team displays the Section V Class B trophy it won this fall. Turn to page 6 for an article on the squad’s season. Photo courtesy of Section V

With eight members back from the winter team that took second at the Section V championships last April, the Honeoye Falls-Lima Varsity Cheerleading team had the experience to make a run at a title this fall and the girls completed their quest.

HF-L won the program’s fifth sectional title by taking first place at the Section V Class B Tournament on October 30 at Rochester Institute of Technology with 81.45 points. Its previous titles were in 1997, 2005, 2015 and 2020.

“Going to the sectional tournament at RIT was incredible,” Wood said. “We had not stepped inside RIT since the state tournament in March 2020 so it felt and sounded like a championship tournament and being able to see other teams compete. We were confident even though we have a young team. We dealt with some injuries, but the girls persevered and came together. We knew Pal-Mac would be a good team and we won the sectional title by one point. The girls did a phenomenal job.”

With no seniors on the team, Wood is looking forward to a bright future with this group, all of whom should be on this year’s winter cheerleading team.