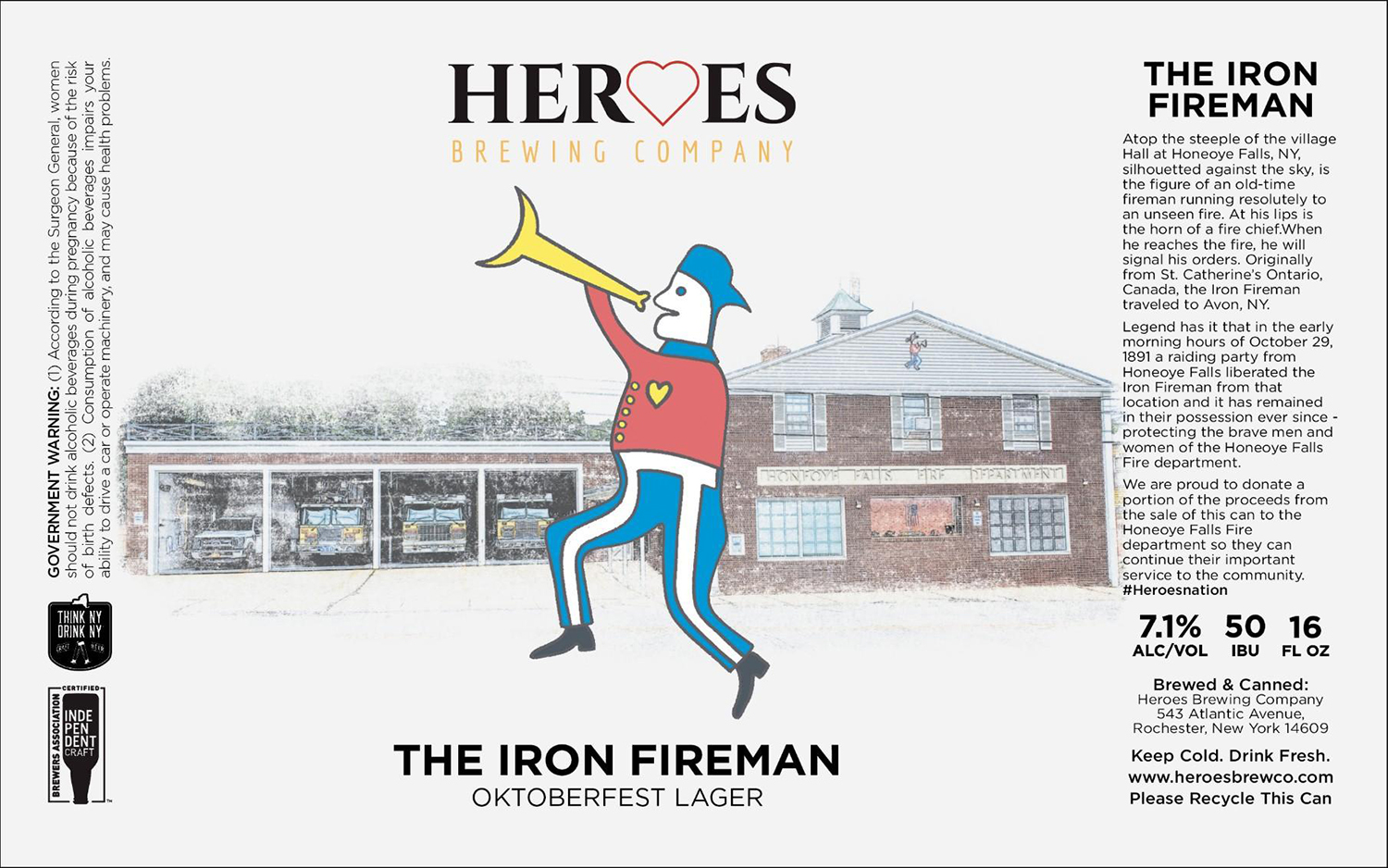 BY DEB AND TIM SMITH
There’s a new beer in town and it bears a name drenched in Honeoye Falls tradition. The new brew is called “The Iron Fireman Oktoberfest Lager” and it will be making its local debut at the Honeoye Falls Fire Department Turkey Raffle on Friday, November 20th from 7 until…

Actually we’ll have to qualify that last statement a bit as Mark Hansen who is spearheading the project for the HFFD told us that he has contacted Cosmo’s and Flaherty’s and hopefully the beer will be on tap at those local establishments in the not-too-distant future. Here’s the background on how Iron Fireman Lager came to be.

Heroes Brewing Company, which is located on Atlantic Avenue in Rochester, brews beers for charities and events. The HFFD used to have a namesake beverage when the old CB Craft Brewers made Iron Fireman Root Beer but that ended when the brewery closed in 2019. Mark thought it would be nice to revive the tradition so he contacted Heroes and Iron Fireman Lager became a reality. At the turkey raffle, lager lovers will be able to partake of the beverage in cans or on tap. The label has a nice summary of the Iron Fireman story which we’ll share with you.

Atop the steeple of the Village Hall at Honeoye Falls, NY, silhouetted against the sky, is the figure of an old-time fireman running resolutely to an unseen fire. At his lips is the horn of a fire chief. When he reaches the fire he will signal his orders. Originally from St Catherine’s Ontario, Canada, the Iron Fireman traveled to Avon, NY.

Legend has it that in the early morning hours of October 29, 1891 a raiding party from Honeoye Falls liberated the Iron Fireman from that location and it has remained in their possession ever since protecting the brave men and women of the Honeoye Falls Fire Department.

We are proud to donate a portion of the proceeds from the sale of this can to the Honeoye Falls Fire Department so they can continue their important service to the community.