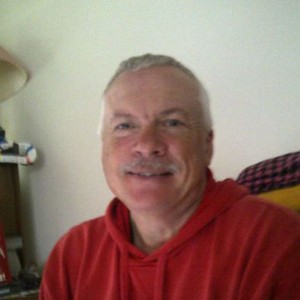 BY DEB AND TIM SMITH
As the sun slowly set in the serene Scottsville sky that one late spring afternoon in 1973, Lou Alexander III stood eerily alone in the second base area of the Wheatland-Chili baseball diamond. In this surreal moment, as he peered in toward home plate, he saw his HF-L teammates piling on top of Jim Ghostlaw, who Lou had just driven home with the winning run in a thrilling 14-inning sectional semi-final baseball game. In his peripheral vision he could detect the Victor Nine trudging dejectedly back toward their bench after a heartbreaking defeat.

Lou’s solemn solitude was ended when his brother Kenny jumped into his arms with a celebratory scream. While there was a large HF-L team celebration underway at home plate, the Alexanders were having a small family reunion at second base. According to Lou, in Kenny’s accomplished sports career, that moment remained his brother’s favorite until the day he died on March 21, 2018.
Ken Alexander was a classmate of ours whose family played a significant role in the history of Rochester sports. We would like to share some details.

Kenny’s grandfather, Louis Albion Alexander I, was a coach and athletic director at the University of Rochester from 1931 through 1966. Between basketball (247 victories) and baseball (145 victories) he won nearly 400 games.

In 1968 the University named its basketball stadium the Louis Alexander Palestra in his honor. One uniquely cool thing about the Palestra is that the locker rooms are located in the rafters, so when the teams take the court, rather than running in from the side, they trot down the stairs from the ceiling like Greek gods descending from Mt. Olympus.

Lou Alexander II took the family sports legacy across town from the U of R to R.I.T. In 1959 he became the institute’s first full time athletic director while also serving as head coach for baseball and basketball. He oversaw R.I.T.’s move from its original cramped location in the city to its sprawling current location in Henrietta. Under his tenure, thirteen sports were added to what became a highly respected collegiate athletic program.

When we were in high school the Alexander residence on Schofield Road boasted an indoor swimming pool which contributed to its becoming a primary local gathering spot for teens. Smitty remembers multiple occasions when Mr. Alexander would load up his Ford station wagon with Kenny’s friends and drive everybody in to R.I.T. to go swimming and play basketball.

Drifting back to those high school days, Ken Alexander was a three sport athlete who excelled at soccer, basketball, and baseball. Let us share with you some of the ways in which things were much different then. Kenny was also a great football player but that wasn’t an option for anyone because HF-L didn’t have a team yet. Sports options were much more limited then. In the fall most of us played soccer except for those athletes with an aversion to round-ball sports, in which case you would have been running on the cross country team with Bernie Gardner. Those were the only two options.

Switching from fall to spring, and returning to the 1973 baseball game with which we led off this tribute, Kenny and our team did get to close out our senior year by successfully capturing HF-L’s first sectional baseball title. It would be a long wait for the next one which did not occur until 2012.

The 1973 sectional run was an unlikely one as four key players were kicked off the team for Code of Conduct violations, exemplifying another example of how much times have changed. Back in the day it was much simpler. You could pretty much sum up the code in three words … one and done! If you got caught doing something wrong, you were off the team, no questions asked. The Code of Conduct procedure is much more complicated these days.

One unique thing about that 1973 class is that we were the first to have spent all four high school years as HF-L Cougars. The merger between the Honeoye Falls and Lima school districts had taken place just before our freshman year. In a somewhat bizarre confluence of New York State events, the Woodstock festival of peace, love & music and the HF-L school district both opened during the same week of that summer of ’69. Those were some high times.

It was an era of great change and turmoil, and as we put our thoughts together to compose this tribute, a significant underlying theme seemed to emerge as the one which should be the centerpiece of this reflection. The turbulence of the era was the absolute antithesis to Ken Alexander’s personality and what made him so special.

In asking multiple people what they remember most about Kenny, the consensus was his calm nature and carefree demeanor. He rarely got upset and never had a bad word to say about anybody. In the most tumultuous of situations you’d look at Kenny and inevitably see that subtly serene smile.

In addition to his family, Kenny’s greatest passion in life was probably golf. In speaking with Kenny’s brother, Lou Alexander III, who is also in the R.I.T. Sports Hall of Fame along with their father, this passion was confirmed. Kenny and Lou were very close and as Lou said, “If anybody was ever looking for us, they knew their best bet was at the golf course or having our diet Coke at the bar afterward.”

Farewell, dear friend. Even in your absence we’ll always find shelter in your smile.