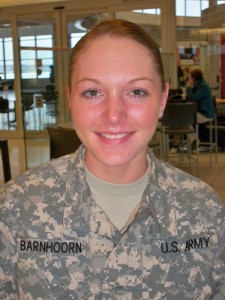 Beardslee graduated from the XVIII Airborne Corps and Fort Bragg Noncommissioned Officer Academy. She was promoted to her current rank of sergeant in August.