Mancuso and Williamson are W-C’s valedictorian and salutatorian

Home Mancuso and Williamson are W-C’s valedictorian and salutatorian 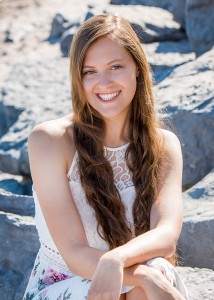 A focused approach to their academic coursework balanced with school sports and activities and outside interests are characteristics of both Wheatland-Chili Class of 2017 valedictorian, Matthew Mancuso, and salutatorian, Elise Williamson, this year.

Mancuso, the son of Julie and Todd Mancuso, will attend the State University of New York at Buffalo (UB) in the fall to major in electrical engineering. He also looked at Clarkson University. Mancuso, 18, held a 97 academic average. His challenging courseload featured Advanced Placement courses in U.S. History and Calculus, a Personal Money Management course through Monroe Community College and Project Lead the Way courses Introduction to Engineering and Design, Principles of Engineering, Civil Engineering and Architecture and Digital Electronics.

Active in the school community, Mancuso was a member of National Honor Society, Leadership Asset Training and Ski Club. He also served as treasurer for the Class of 2017.

Mancuso volunteered with the Scottsville Athletic Association, helping with its annual cleanup at Johnson Park, umpiring for youth baseball games and also helping younger kids with their baseball skills. He has also worked at Pizza Land in Caledonia since 2014.

Mancuso was a two-year member of the varsity soccer team. A co-captain his senior year, he was an anchor of the defense that shut out four opponents. He was named a Genesee Region League Exceptional Senior. Mancuso also played varsity baseball for two seasons, as a freshman and as a senior while playing on the JV as a sophomore and junior when the school did not field a varsity team. He had five hits this spring and could play either third base or shortstop and he could also pitch. He received a U.S. Army Scholar Athlete Award and was named the school’s Male Athlete of the Year this year. He may play soccer at the club level.

Asked who has inspired him, Mancuso said his grandfather Rudolf Siegl and his varsity soccer coach Mike Skivington.

“They both courageously battled cancer and taught me life lessons,” he said.

Mancuso’s favorite memories of high school are Homecoming Weekends, playing soccer and baseball and making a lot of friends along the way.

The daughter of Kristina and William Williamson, Elise Williamson will attend University at Buffalo (UB) to study chemical engineering. She also looked at Clarkson University and State University of New York at Stony Brook. She held a 95 average in the classroom while taking challenging courses such as Advanced Placement U.S. History, AP English Literature and Composition, AP Calculus and AP Biology and two Project Lead The Way courses, Principles of Engineering and Design and Drawing for Production.

Williamson, 18, was a member of National Honor Society, Leadership Asset Training and Ski Club. She played softball as a freshman. She was secretary of the class as a senior.

Outside of school, Williamson has worked at Wegmans Chili Paul Plaza store for over two years.

Williamson’s awards and honors as a junior included being selected as a delegate to the American Legion Girls’ State program and being named Notre Dame Junior of the Year. This year, she has received an Etta Fraser Miller Fund Scholarship, a New York State Scholarship for Academic Excellence, the Salutatorian Award, and a Presidential Outstanding Academic Excellence Award.

A four-year member of the varsity soccer team, Williamson was a co-captain last fall and was a key member of a defensive unit that allowed just seven goals and shut out 18 of its 23 opponents, helping lead the Lady Wildcats to the Section V Class D1 title and the New York State Class D title. She was named a Genesee Region League Exceptional Senior, an All-League first team selection, All-Greater Rochester honorable mention and an All-State Class D fourth team selection. Williamson also received a U.S. Army Scholar Athlete Award. She may play soccer at the club level at UB.

Williamson’s biggest inspirations are her parents and her varsity soccer coach Gary Ward.

“My parents and Coach Ward have inspired me to be a good person and to always work hard,” she said.

Among her favorite memories of high school are the European trip in her junior year and winning the Section V Class D1 and state Class D soccer titles.