Retirement and Leadership Transition Announced in Commercial Services at CNB 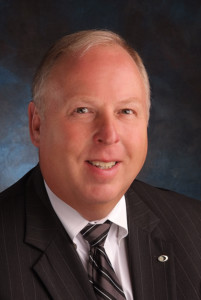 Babbitt joined CNB in 1996 after holding commercial lending positions at First National Bank of Rochester and Fleet Bank and its predecessors. Since 2006, Babbitt has served as the chair of the bank’s loan committee and has been involved in lending decisions across all lines of business.  Babbitt has guided the growth of CNB’s commercial loans and has overseen more than $3 billion in commercial loan originations since 2006, with an average annual growth exceeding 6.5% during that time.  He was named Senior Vice President and Manager of the Commercial Services Department in 2006 and Executive Vice President in 2008. Babbitt will continue to serve on the Canandaigua National Corporation Board of Directors, including CNC’s Executive and Asset Resolution Committees.

Babbitt earned his Bachelor of Arts degree in Business Administration and Economics from Grove City College in Pennsylvania. He also completed the Bank Administration Institute Graduate School of Executive Bank Management and the Sheshunoff Executive Banking Institute.  He currently serves on the Board of Directors of Empire State Certified Development Company and the Board of Advisors of Cephas Capital Partners.   Babbitt and his wife, Judy, have two grown children and live in Avon, NY.

Effective January 1st of 2020, Charles J. Vita will assume the role of Executive Vice President, Chief Lending Officer, and will serve on CNB’s Executive team.
Vita has over 26 years of financial services experience, including prior senior management positions with Key Bank and RBS Citizens.  In those roles, he accumulated knowledge in large corporate, middle market, small business and retail banking, while holding extensive management responsibilities.

Vita joined CNB in 2011 as Senior Vice President, Commercial Services and has served as a Group Manager since 2011.  In addition, he has been a critical member of numerous senior leadership committees.   In his new role, Vita will leverage his expertise to lead the strategic direction and provide overall management to the Commercial Services department.

Vita earned his Bachelor’s degree in Business Administration and MBA from St. Bonaventure University.  He currently holds board positions with Monroe Community College Foundation, and the Greater Rochester YMCA, and past board positions with the Center for Governmental Research, United Way of Greater Rochester and Rochester Business Alliance.  Vita will be based out of CNB’s Basin Park financial services center location, 1150 Pittsford-Victor Road, Pittsford.