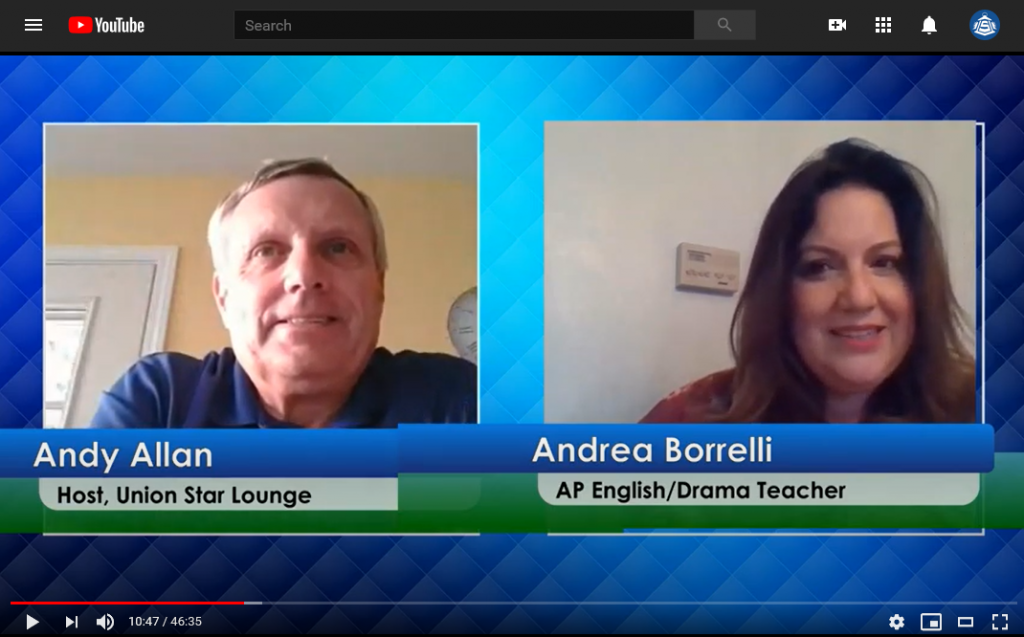 The broadcast of Union Star Lounge last Saturday night at 7:30 pm sported a record number of viewers. Hosted by Honeoye Falls’ Union Star Lodge #320 of Free and Accepted Masons, the 30-minute show is “A Salute to the HF-L Class of 2020” and runs through June 27th, when it ends with an hour long “Graduation Party.” The show is broadcast live on the Sentinel’s Facebook page and YouTube Channel. Subscribe now (for free) to those channels and you’ll also be able to watch the Weekly Mayors and Supervisors Update, which airs Sundays at 1:00 pm and is hosted by Sentinel Publisher Chris Carosa.

Next up was Linda Goodrum, President-Elect of the Mendon/Honeoye Falls Rotary Club. She told everyone of the very special online Interact Club Induction ceremony, hosted by Channel 13’s Don Alhart (see full story on page 3). She also described some of the projects Rotary has been working on throughout this pandemic.

The highlight of the show was “A School Day in the Lockdown Life.” AP English and Drama teacher Andrea Borrelli showed us what it was like for teachers and students during this period of remote learning. She showcased some of the same videos she used to teach her students. The segment ended with a montage of seniors introducing themselves, giving the audience a sneak peek at what to expect next week.