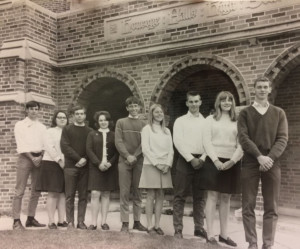 Left to right are Ken Dardenne, Nancy Redmond, Tom Doolittle, Nancy Miller, Darryl Damon, Ann Reinhardt, John Merrill, Jane Herman, and Rick Meisenzahl. These students were some members of the National Honor Society in the class year of 1968-1969. The Class of 1969 was the last graduating class of Honeoye Falls, and the photo was taken prior to the merger vote in the summer of 1969. Submitted photo

On Wednesday, October 30, 2019, the Honeoye Falls-Lima Central School District unveiled the newly restored 1929 facade which stands on the rebuilt original front entrance of the High School.
On March 13, 1929, the High School located on East Street opened in Honeoye Falls. In 1969, the District merged with Lima and the original facade was covered.

The Clamor was a publication written by the junior class of the Honeoye Falls High School in 1929 where the students described the newly built high school as “an addition of an extraordinary building. The publication goes on to say “as one approaches the building the impression of vastness and dignity is imparted. A combination of soft multicolored brick and tan stone was used in the construction. The building is three stories high; long windows mark the floors. Such inspirations as “Seek Knowledge and “Choose Instruction” appear at the end of the porches.”

The restoration of the front entrance and facade is part of the District’s Phase II Capital Project that will continue throughout all of 2020.

A new sign will be constructed that will be located at the actual front entrance of the High School and will replace the gas lines and shrub that currently obstruct the view of the entry.

The District would like to thank the community for its continued support of the Phase II Capital Project. 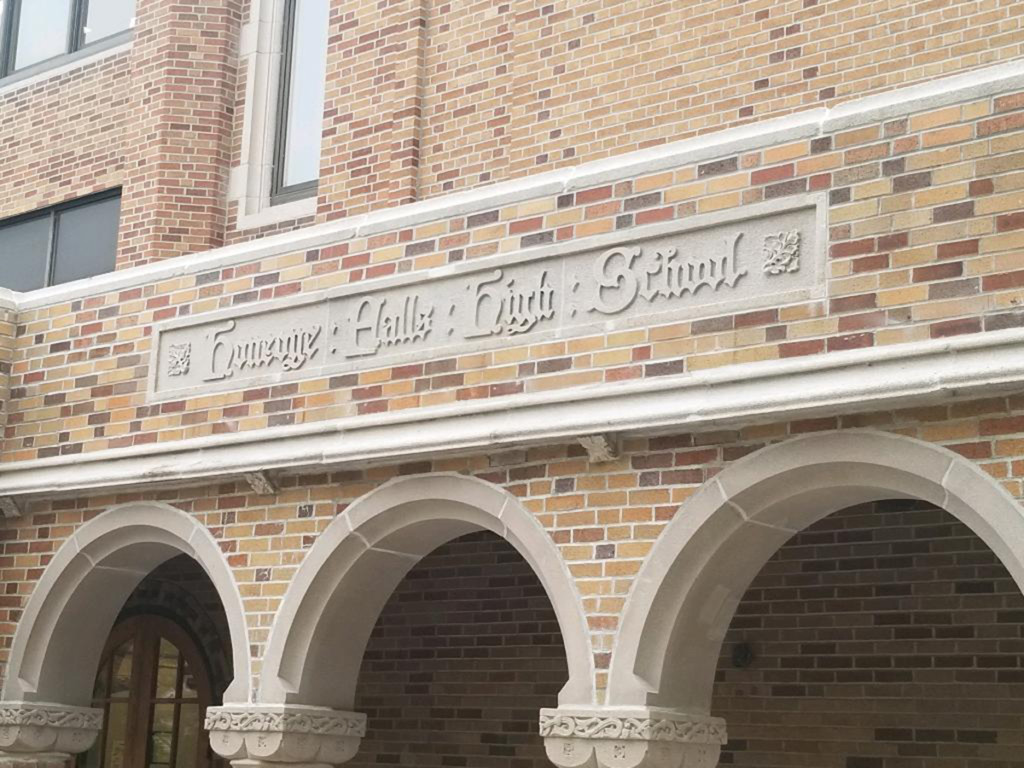