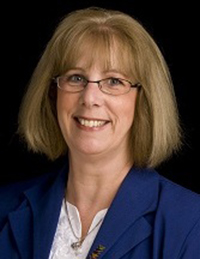 The past, as it is said, is a foreign country where things are done differently. Our local history, however, is not that different as one might believe. No one knows this truth better than Susan Mee, Rush town historian.

Enthralled by history at a young age, Mee has explored this interest through her career at the Rochester Institute of Technology as a librarian of research and global studies as well as her historical work within the Rush community. Her practiced skills of examination and analysis have aided her in sorting through the depth of the town’s past.

Since beginning her career as Rush’s historian in 2014, Susan Mee’s primary goal has been to digitize paper records to create greater availability for individuals researching their family genealogy. “It makes information accessible and preserves it for future use”, explained Mee. The digitization of the town’s records make it possible for people that live outside the Rush community to trace their family roots without needing the physical papers. This process also makes it possible for collaboration between other organizations through online resources. One such organization that Mee has worked with is the Church Records Preservation Committee of the Rochester Genealogy Society. “The committee is digitizing some church records here; they will be indexed and available for people to locate”, said Mee. “People can find marriage records or baptismal records that wouldn’t have been very accessible before because they’re buried in a church ledger or within the town hall.”

Despite the broad array of information that Mee handles on a daily basis, she recognizes that the job of a historian is to pay attention to the details that make up the past. “I greatly enjoy researching a topic and piecing together the past; you’re reading different things- census records and other government records- and you try to bring that story from 200 years ago to life by the information that you find.” Often when helping townspeople research their own family genealogy, Mee is able to learn something new about the town. “You read one little piece of information and your mind starts popping these questions: ‘Why was that? What caused this?’ And then you start digging. One find leads to more questions, but to me that’s part of the fun.”

As a historian, Mee has a unique perspective on the town’s present in relation to its past. “Rush began as a very rural community with strong families and self-sufficient farms,” explained Mee. “The population of Rush has stayed consistent and it continues to be rural, but what has changed over time is the 50-acre farm that was self-sufficient has gone by the wayside. We’re still a farming community, except that now there’s fewer but much larger farms.” This trend has also affected the number of townspeople that work beyond the community. “The people that live in the town that are not involved with farming, work outside of Rush. This has been a transition for the community, although not unique to the town of Rush.”

Susan Mee’s biggest project lately has been organizing the town’s bicentennial anniversary, which occurs in 2018. Before Rush was settled as a town, it existed within a larger region known as Hartford (now known as Avon). On March 13, 1818, the northern part of Hartford broke away to form the town of Rush. Since the two centuries Rush has been in existence, many of its common values have remained as a solid foundation to the community. “There is still a lot of pride among our residents and satisfaction that this is a nice town to raise a family. People know each other and are willing to take care of one another. So maybe there’s a change in the way we work or the things that we do, but I believe it’s a good community with plenty of involved individuals.”

As someone so in touch with the past, Mee is quite familiar with the feeling of nostalgia that only the studying of history can evoke. “Even now when I drive up and down the roads, I see the old houses and all the newer houses built in-between and it makes me wonder what it was like when that old farmhouse was the only house on the road. How different it must have been.” It’s easy to immerse oneself in the grandeur of the past, but being a historian makes the future that much more exciting. “It does make you hopeful for the future”, mused Mee. “No matter what technological or societal changes come about, it’s the families that will always make this a strong town.”