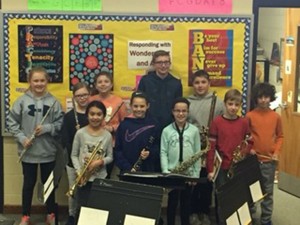 Some of the Manor School students who participated in the Elementary Solo Fest posed for this photo. Photo provided by Kim Brienzi 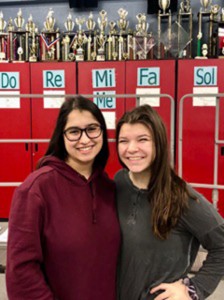 Hanna Coria (left) and Megan Reinke were part of the Conference All-State Choir this past December. Photo provided by Ken Goold